Heavy Haul of Sewage Truck on 407

Abrams’s dispatch center responded to a call requesting a heavy haul team for a broken down truck just off the 407 in Milton, Ontario. The call came from a regular customer who always utilizes Abrams’ heavy duty towing services for their fleet of trucks. On this particular day, one of their truck’s suffered from a broken serpentine belt and the driver was unable to drive it to a repair facility.

Trust us when we say that this was not your standard straight truck! It consisted of two tanks with the first being full of water. The second tank was a vacuum tank which was used to remove human waste from porta potties. Hey, someone’s gotta do it! The longer this truck was stranded on the side of the road, the bigger the risk of Ontario experiencing overflowing porta potties. 2020 has been tough enough and the population of Ontario definitely does not need to add overflowing porta potties to their list of troubles!

The Abrams team was with the truck within the hour. They attached their rotator to the front axle of the disabled truck, lifted it, and got it ready for transport. Having worked with this company on several occasions in the past, the Abrams team knew where their closest repair facility was located and made sure to get the truck into the shop as quickly as possible!

Great work out there team! 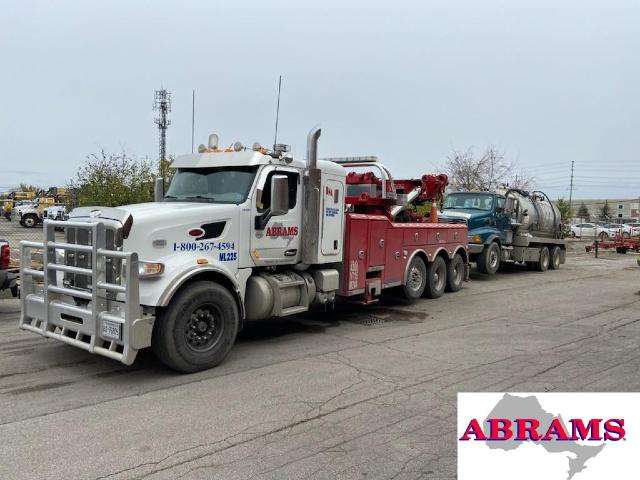