You’d be hard-pressed to find a mobile home in Toronto, but in many rural places outside the city they’re a way of life. Most businesses use mobile homes as trailers remote offices that they can set up at a jobsite. More commonly, you’ll see people who have a mobile home installed on their land because it’s cheaper than building a home. In a few cases, a mobile home is installed on a residential site as an extension of an existing home. The latter was the case in this tow job. The mobile home in question was purchased by the new owner, who called us to have it towed from Sheffield, Ontario (just outside of Cambridge) and delivered to his site just outside Kingston, Ontario. The 200km long journey goes through winding 2-lane country roads and major highways.

After receiving the call, we knew Marcus was the right fit for this job. Few months back, we did a call in Schomberg, Ontario – where he towed another mobile home trailer from a farm to a construction site. That video can be seen here. In that video, you’ll notice heavy tow operator John Allen pulling the trailer’s wheels sideways using his winch as Marcus backed the trailer out of the driveway – in an effort to prevent hitting the electricity pole behind the trailer. 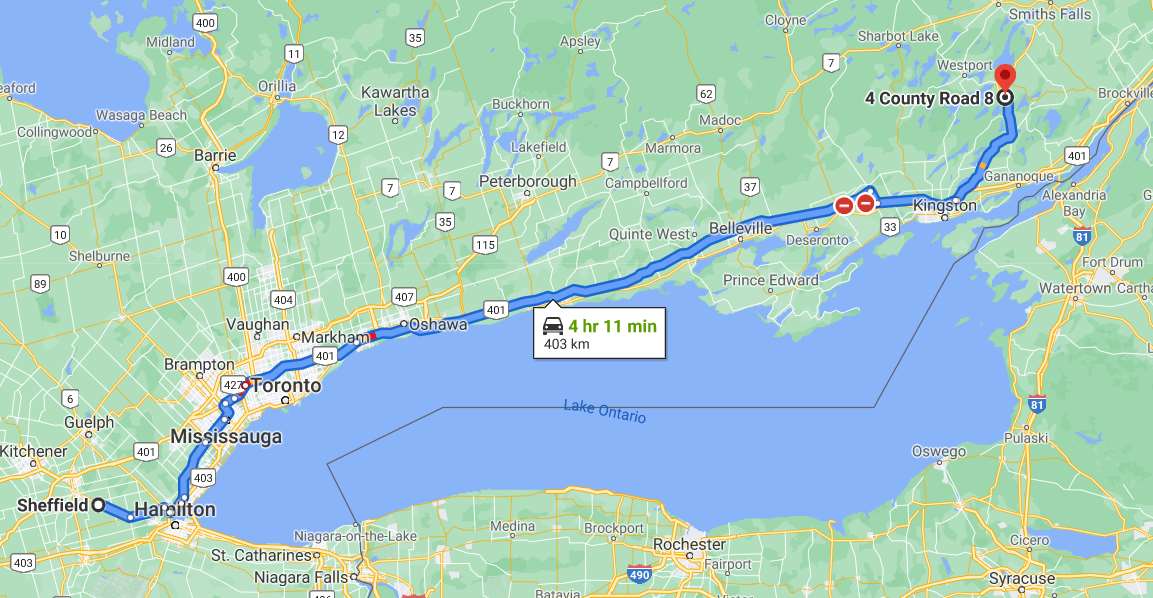 This new Sheffield call was just a straight tow, but has the added complexity of being even wider. At 16-feet wide, the trailer occupied two lanes! This means that we needed to hire a traffic management company to provide pilot vehicles to escort the trailer to its destination. The pilot vehicles are equipped with a 2-way radio to warn Marcus of any oncoming danger. Marcus had one pilot vehicle behind him, and one in front. Khan, our Brampton heavy tow manager, also arranged a mechanic team join us along in case there were any mechanical issues with the trailer during the tow. 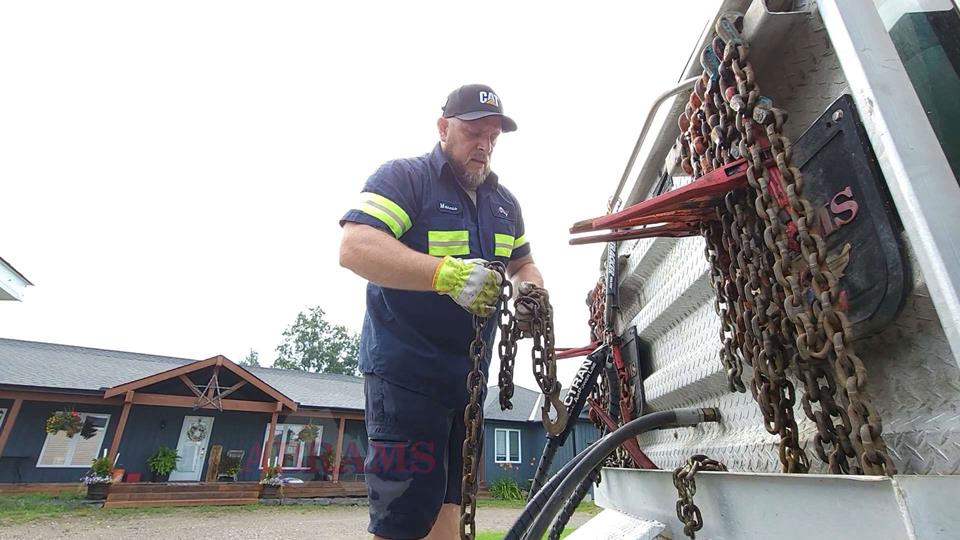 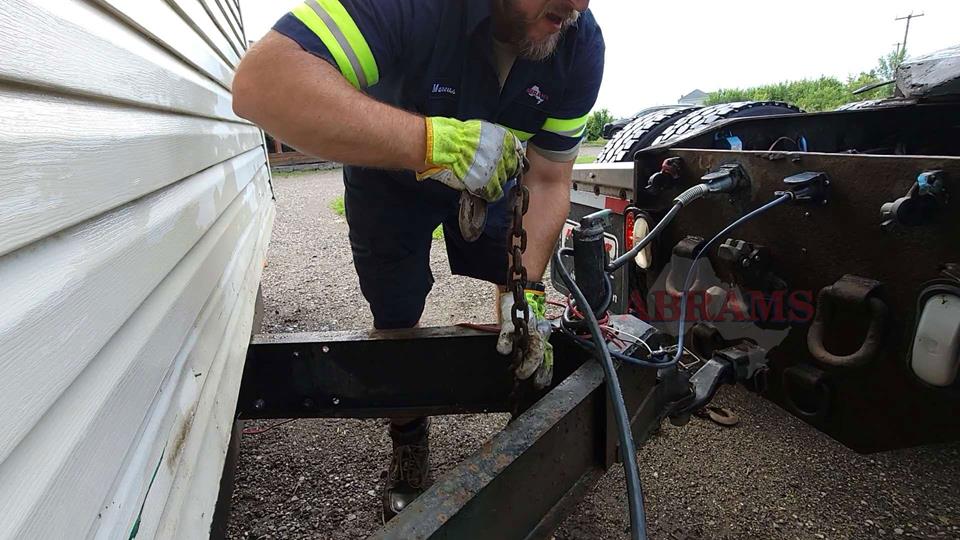 The trailer had a chimney on top for the furnace inside that was almost at the road height limit. Marcus used a ladder to get on top of the trailer and cut the chimney down to size so it met the height limit. 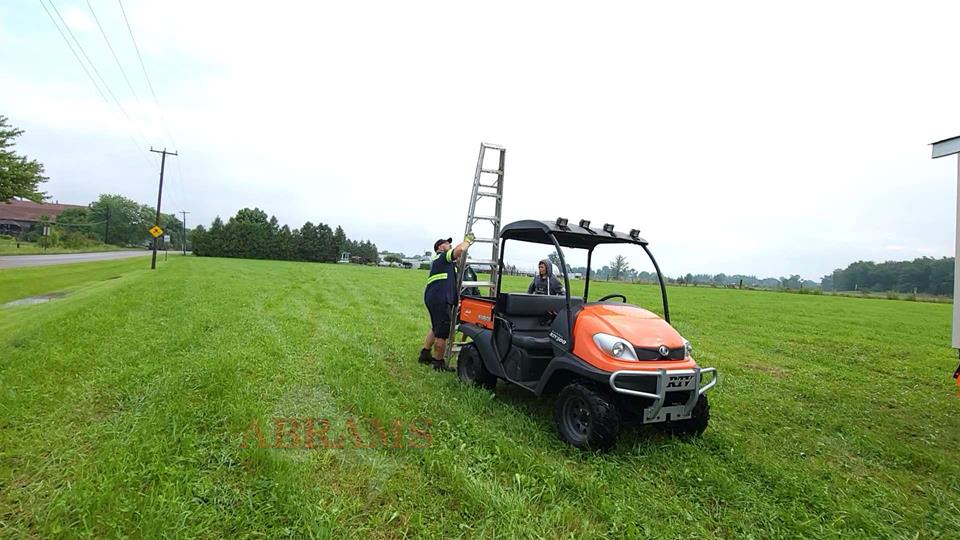 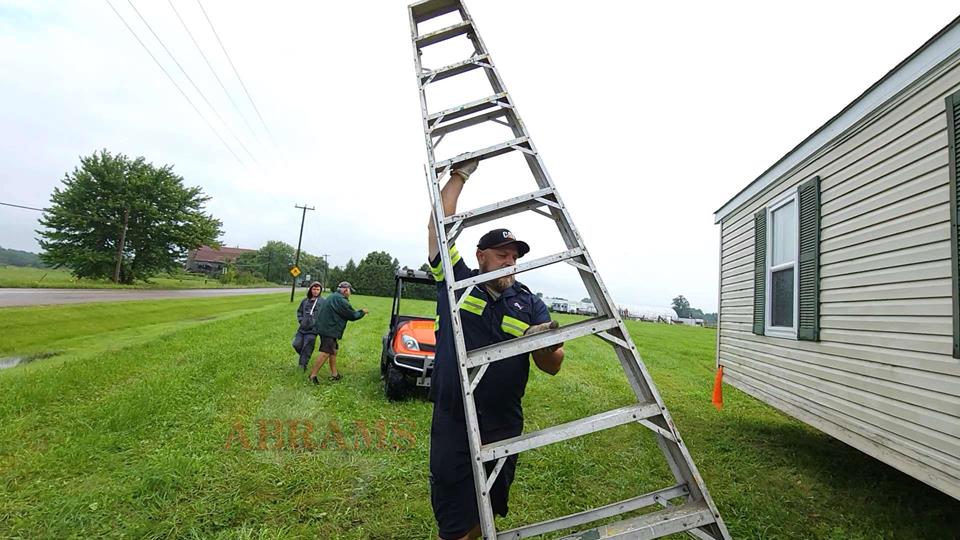 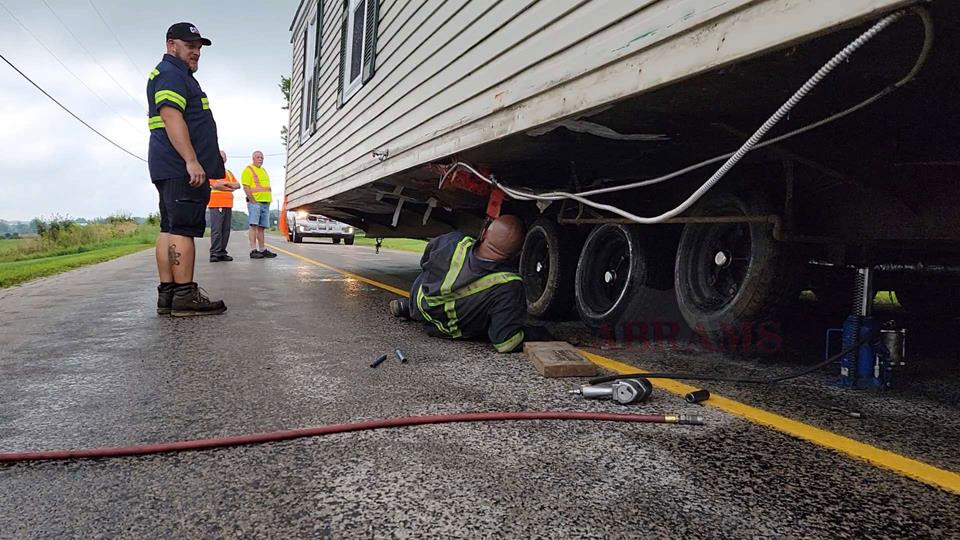 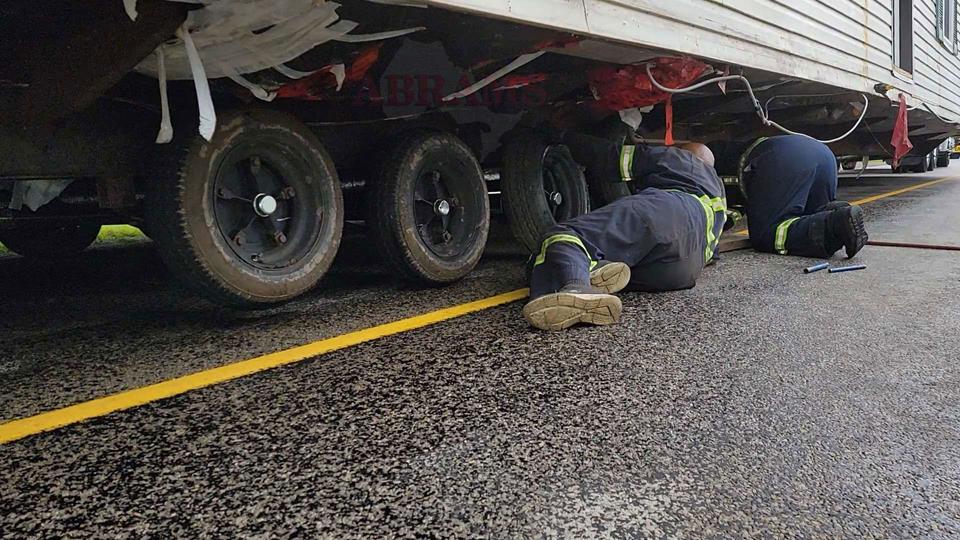 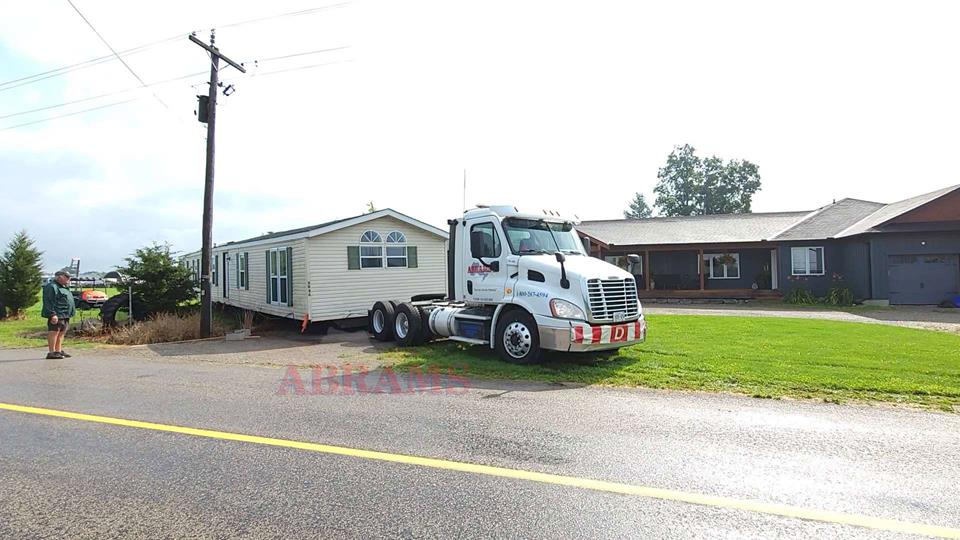 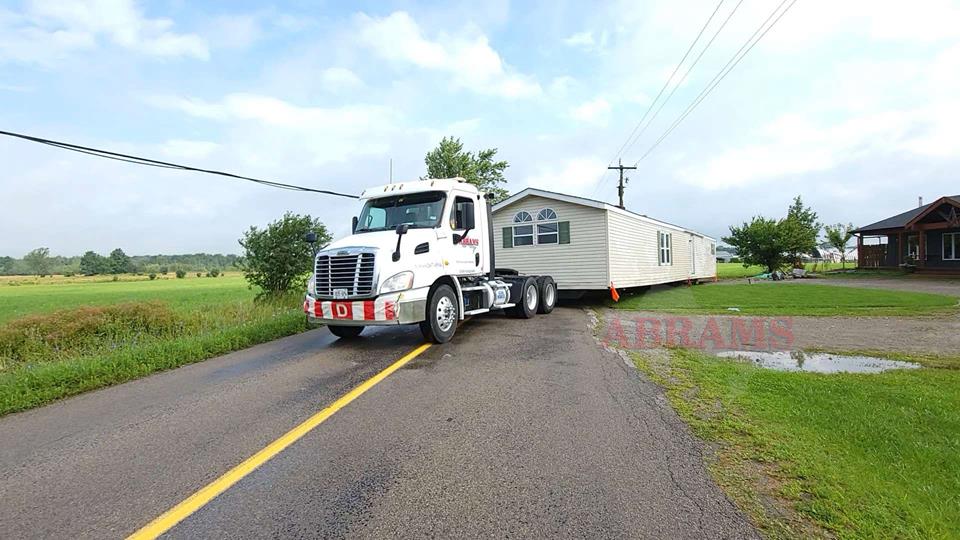