Every once in a while, our drivers have the opportunity to tow some pretty special cars. Last week, we received a call to tow a Ferrari 458 from a customer’s house to a shipping facility. Our dispatch assigned Rezk Zabanah to do the job. As one of our best flatbed drivers, Rezk has towed quite a few supercars in his day. He claims he often receives calls to tow Ferraris, Lamborghinis, and McLarens, among others. 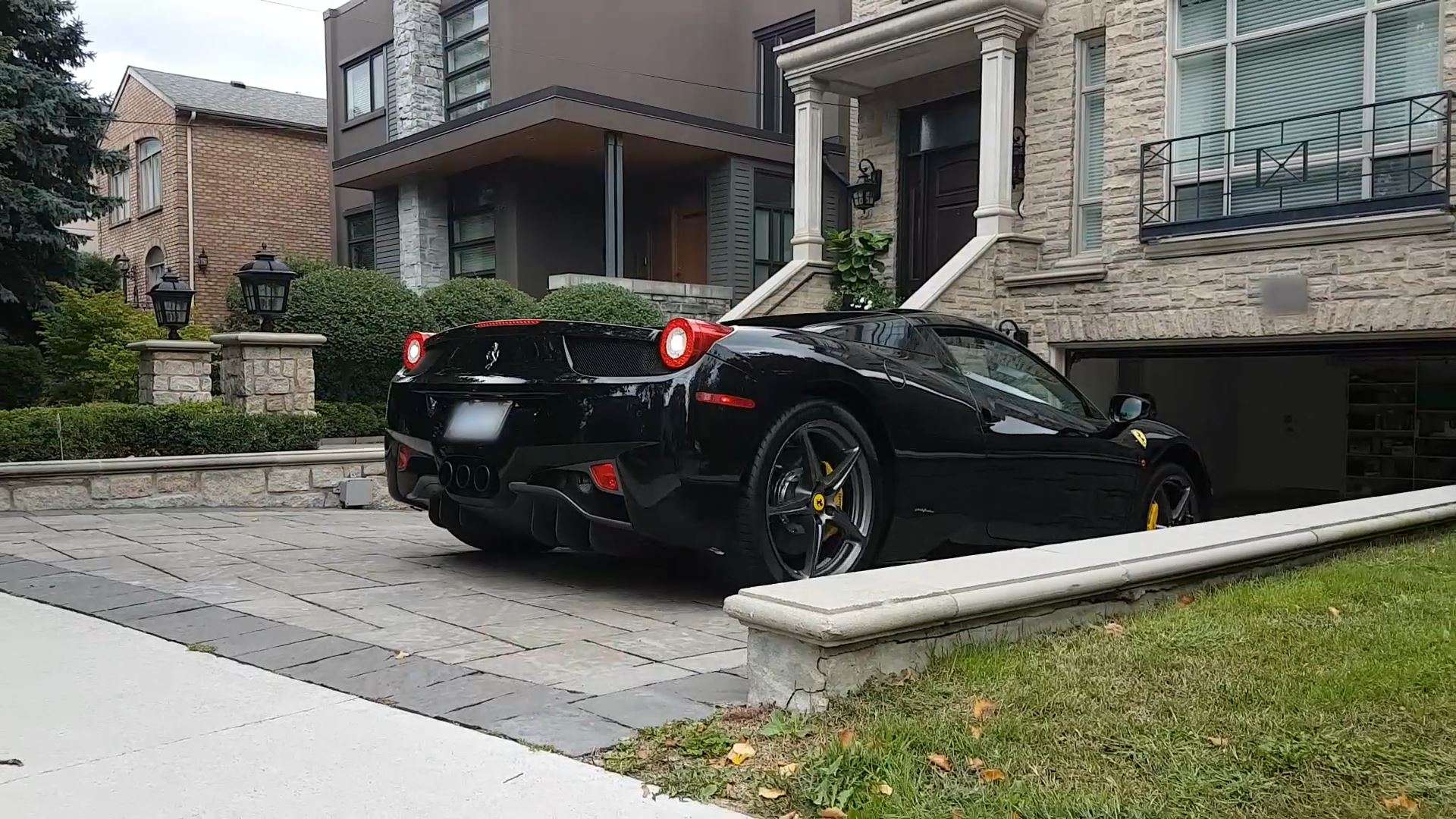 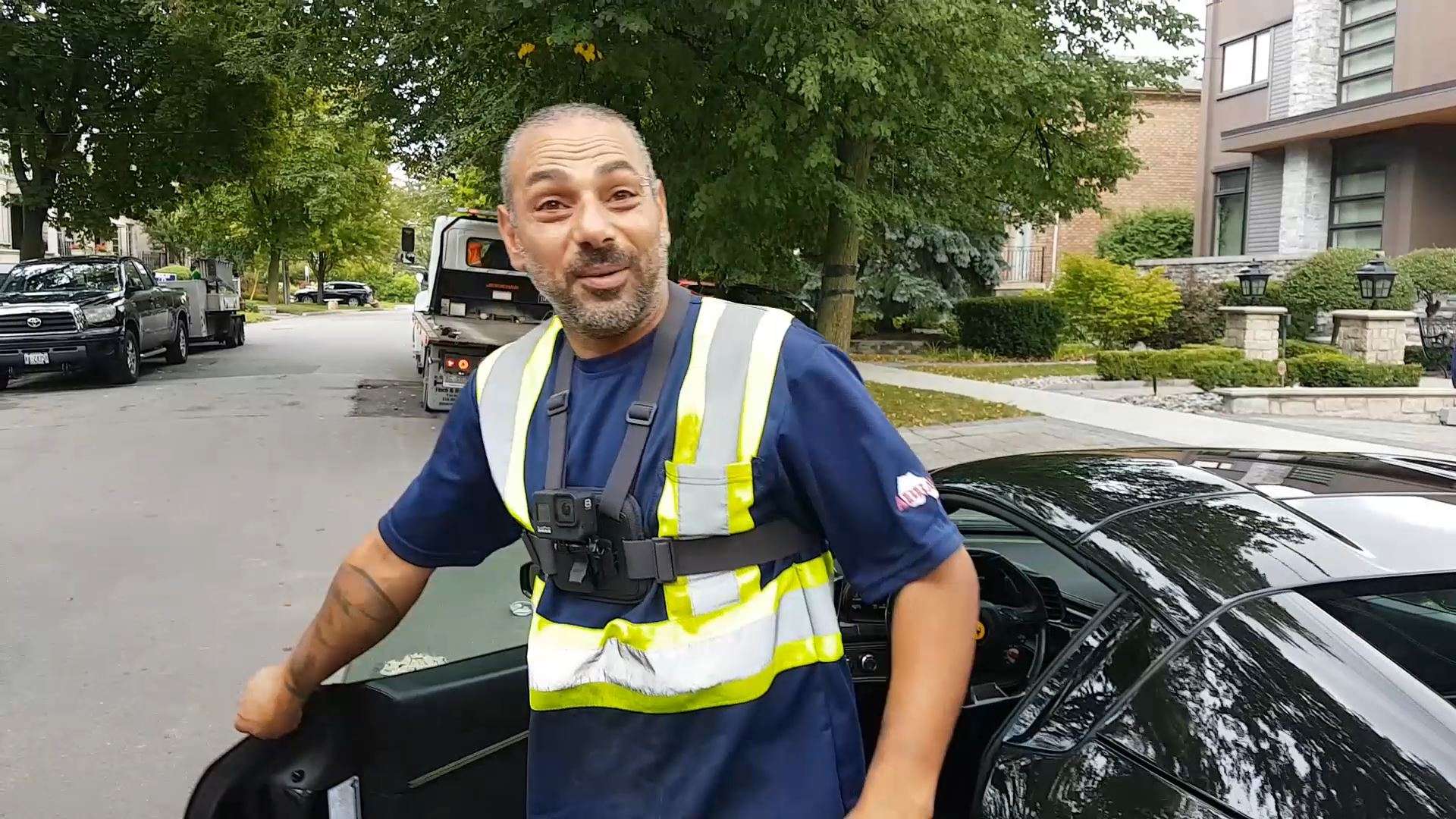 Rezk drives a Hino flatbed tow truck. Like most flatbeds, his truck features a tilt-and-load deck that tilts onto the road so that a vehicle can be loaded safely onto the deck. The truck also features a winch that is used to pull vehicles onto its deck. 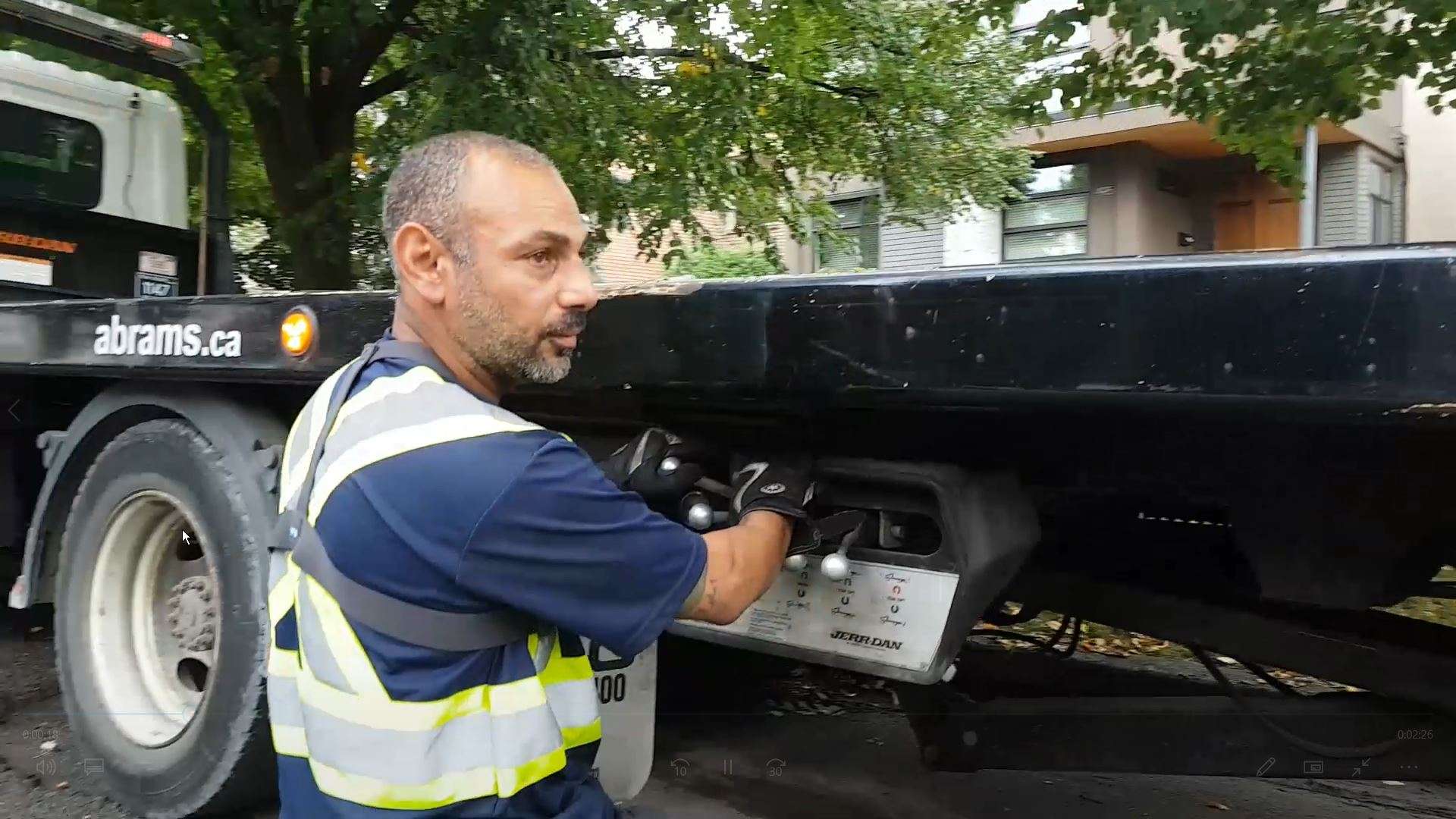 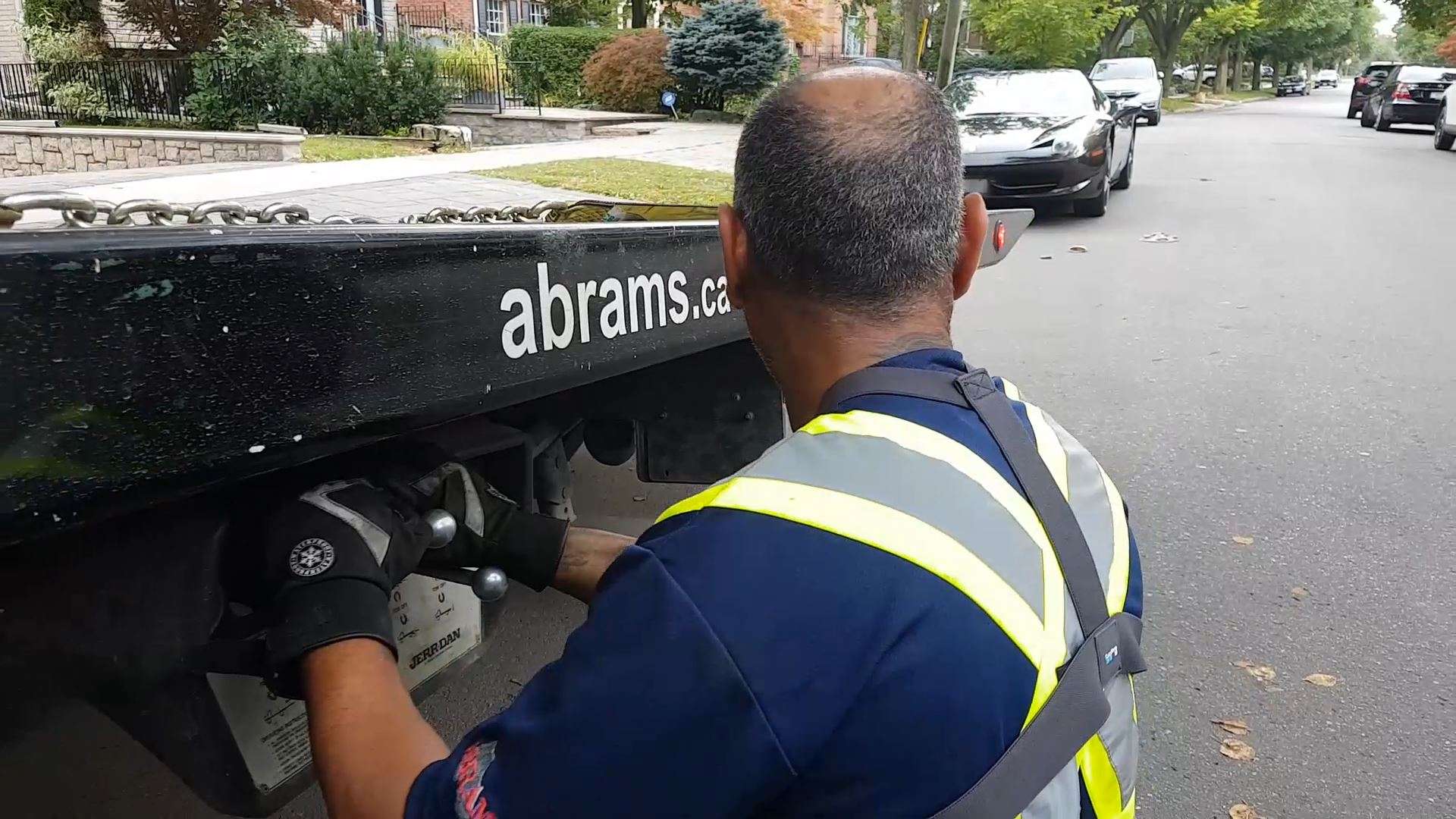 Most supercars ride fairly low to the ground. The Ferrari 458 has a very low ground clearance of just 11.3cm (4.4 inches). Fortunately, it is equipped with a built-in hydraulic system that lifts the vehicle, providing more ground clearance for loading and unloading.

After getting the Ferrari’s keys, Rezk reversed the Ferrari up a steeply-inclined driveway and onto the road. To eliminate the spacing between Rezk’s truck and the ground, his truck is equipped with tow ramps. Rezk installed the tow ramps to the back of his truck and aligned it with the Ferrari. 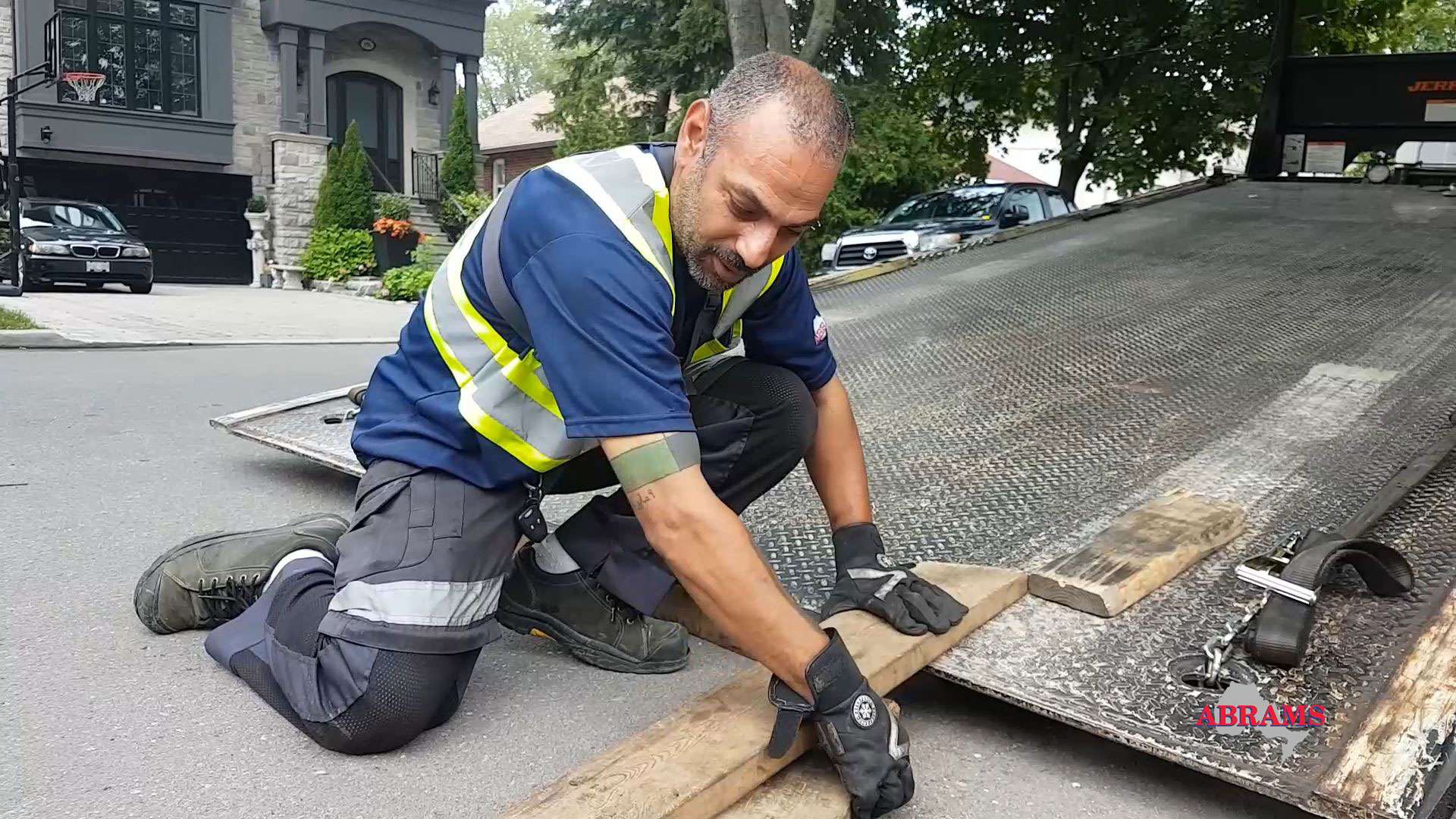 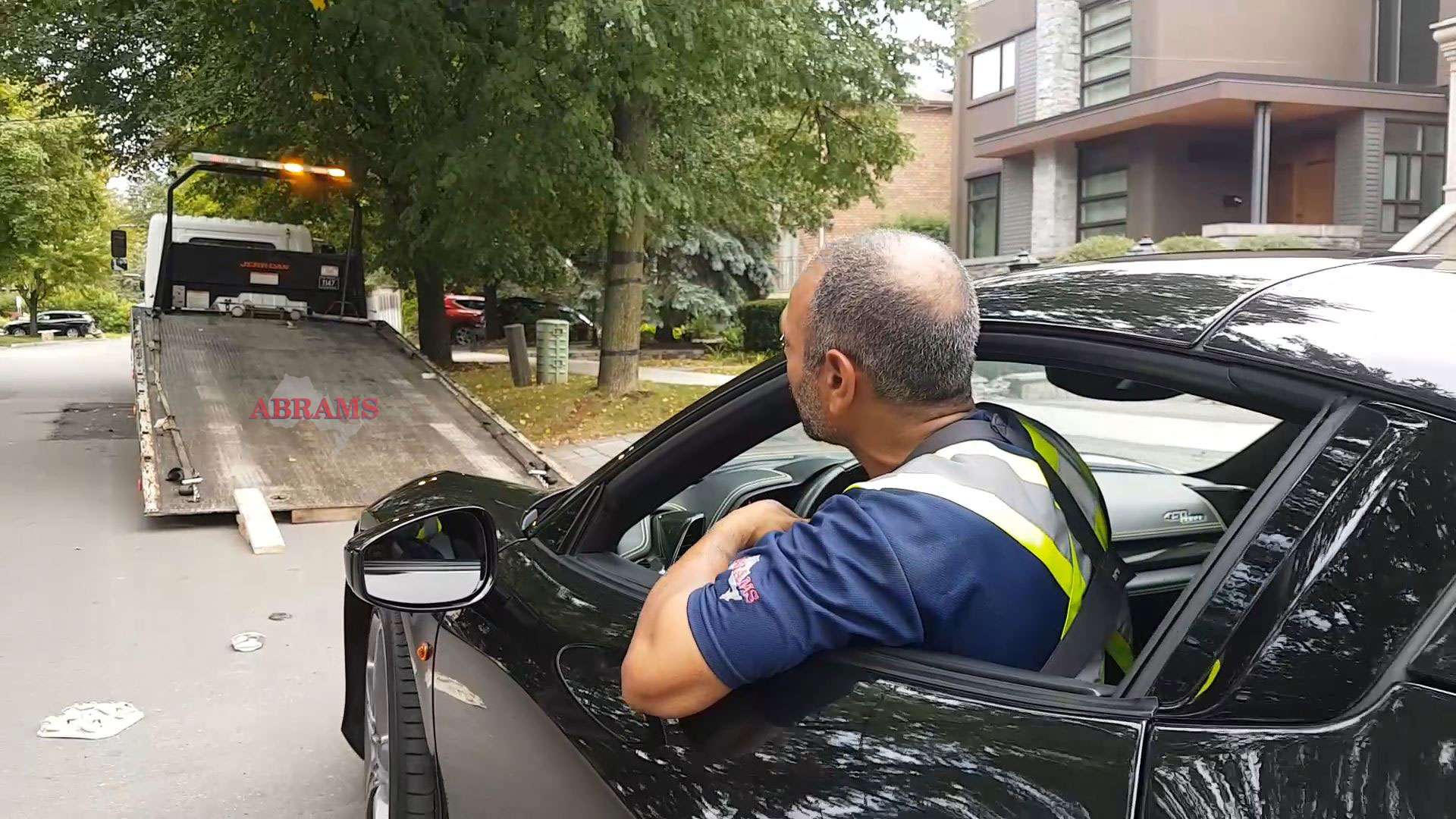 He then raised the Ferrari’s hydraulic system and drove forward closer to the flatbed. Once he got closer, it was time for a quick inspection to ensure the car’s wheels were properly aligned with the tow ramps before it was loaded. Once the wheels were aligned, Rezk winches the vehicle using his truck’s built-in winching system. 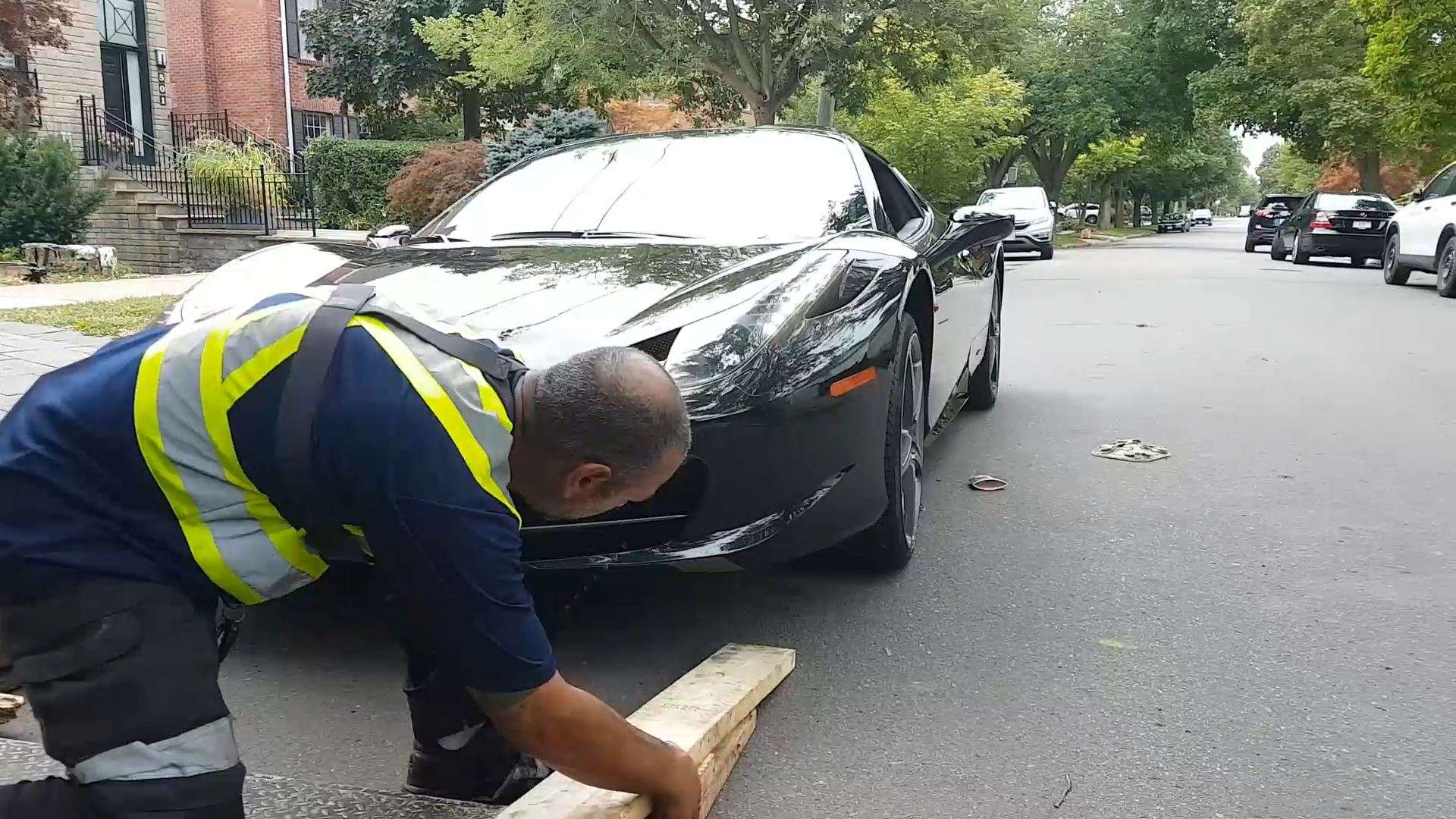 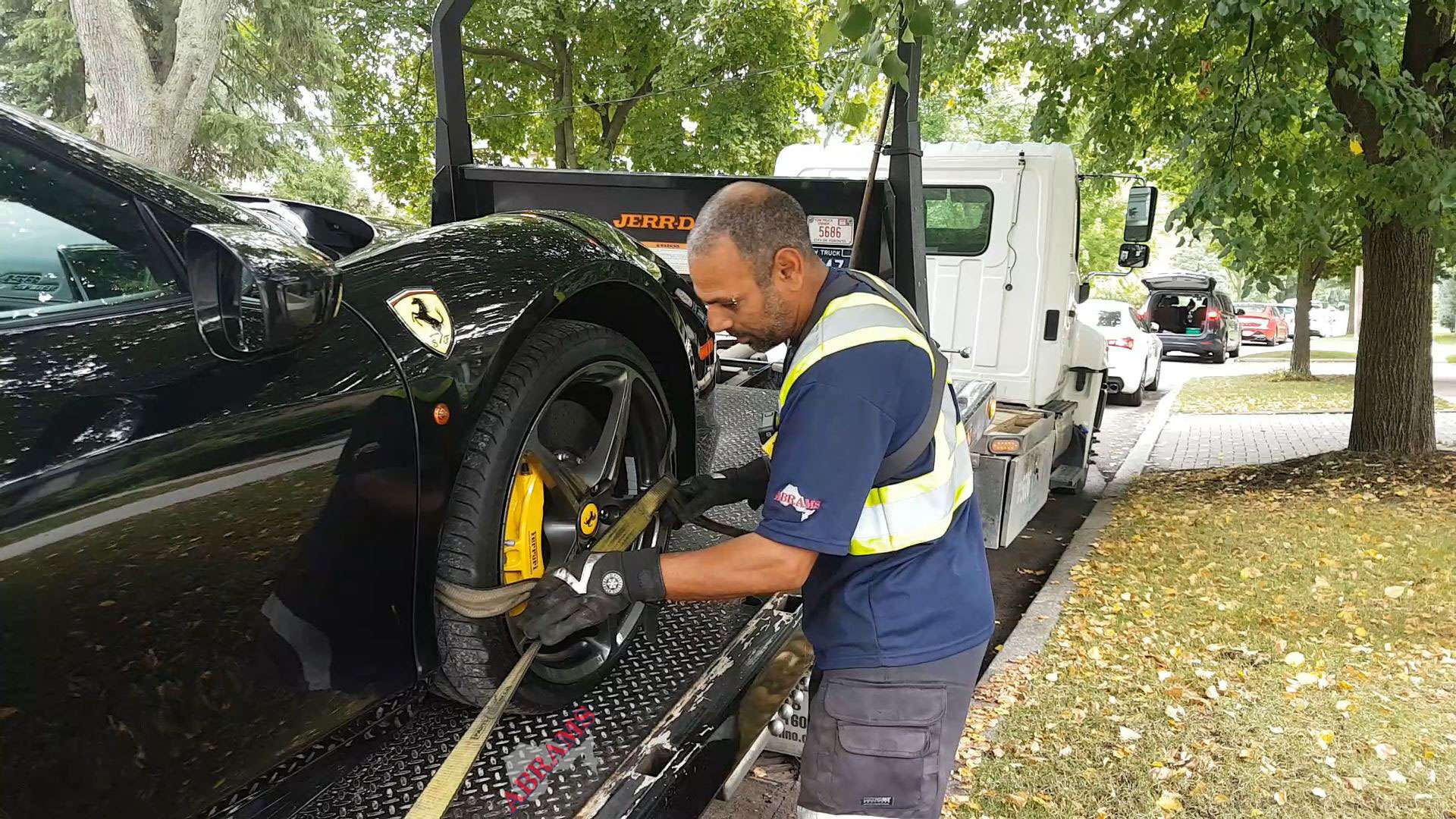 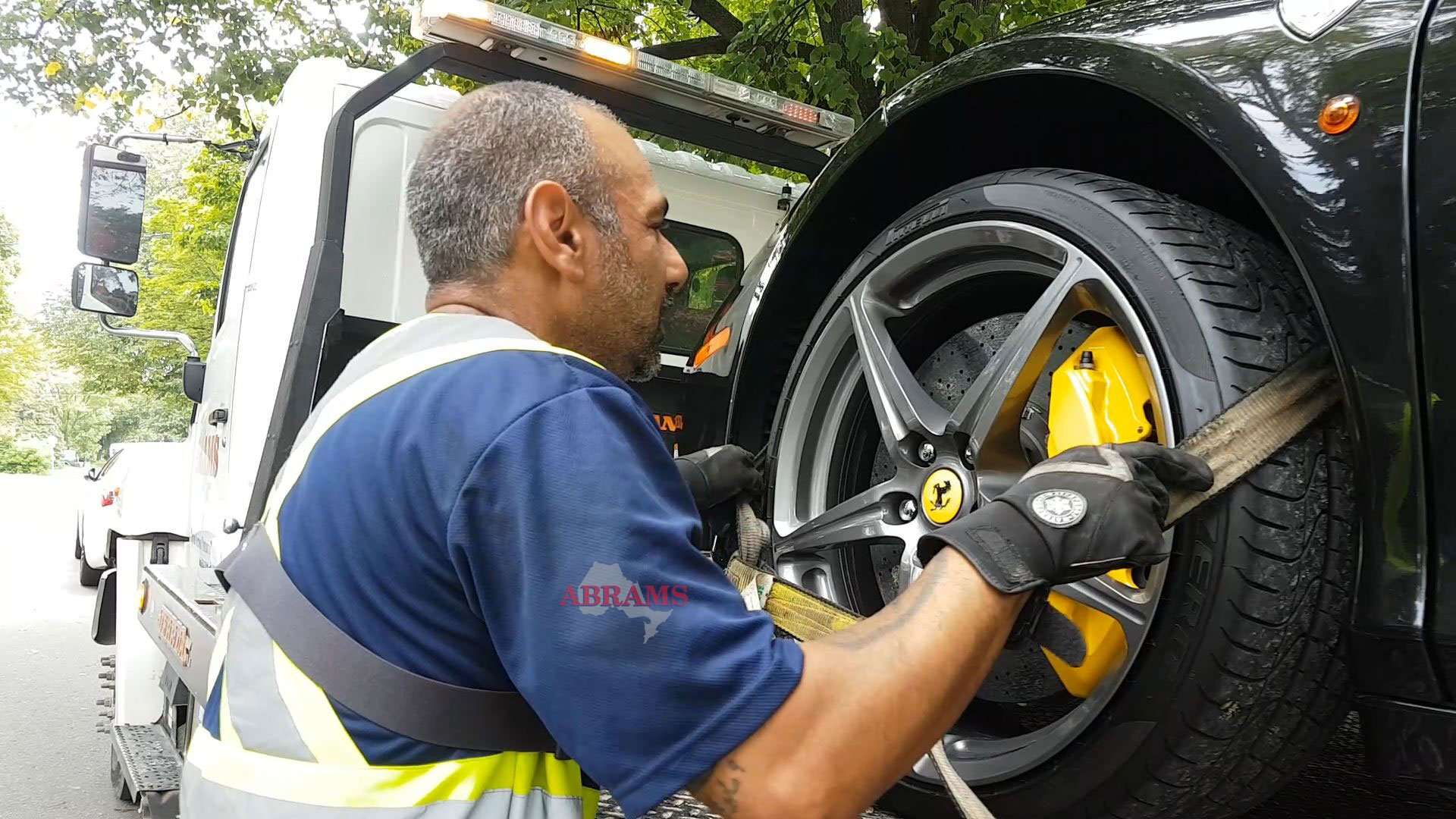 Now, Rezk is ready to take the Ferrari 458 to its destination!

WATCH THE VIDEO BELOW

At Abrams Towing, we put a lot of care into towing our customers’ vehicles. Each member of our team goes through rigorous hands-on training at the Abrams Training Center to ensure they are capable enough to handle each tow job. With our deep experience, you can be sure your car – whether it’s a daily driver or a rare exotic – will be towed safely by our team of towing experts.