A retired Snowbird  jet was recently adopted by the a local Museum and a Heavy Duty Towing Toronto was called on to make the move.  The Edenvale Aircraft Museum  accepted this beautiful old Snowbird so aircraft lovers everywhere could appreciate its design and history.

Abrams Towing Service was called in by a heavy equipment moving company to assist in the transport of the old jet. We arrived and looked at the problem that needed to be solved.  The jet needed to be broken down in order to be moved. It wouldn’t fit on the flatbed as is. Its wings, nose and tail was just too large.  We added some valuable advice. Our team pushed back against of pulling off the nose and pilot seat. We noticed that the tail was bolted on. After about 20 bolts were removed we now had two pieces that easily fit onto our flatbed.  A few straps and chains locked it down and we were ready to move the Snowbird jet from Downsview Airforce Based to the Edenvale Aircraft Museum.

We just wanted to share this one since we don’t get to move fighter jets every day. 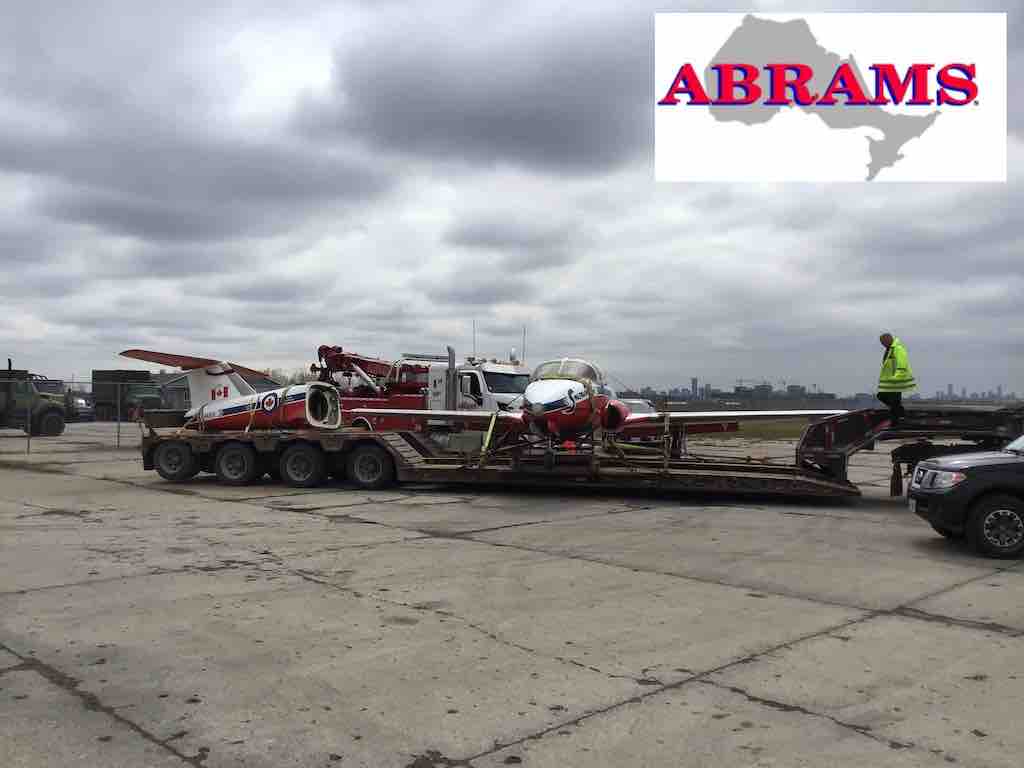 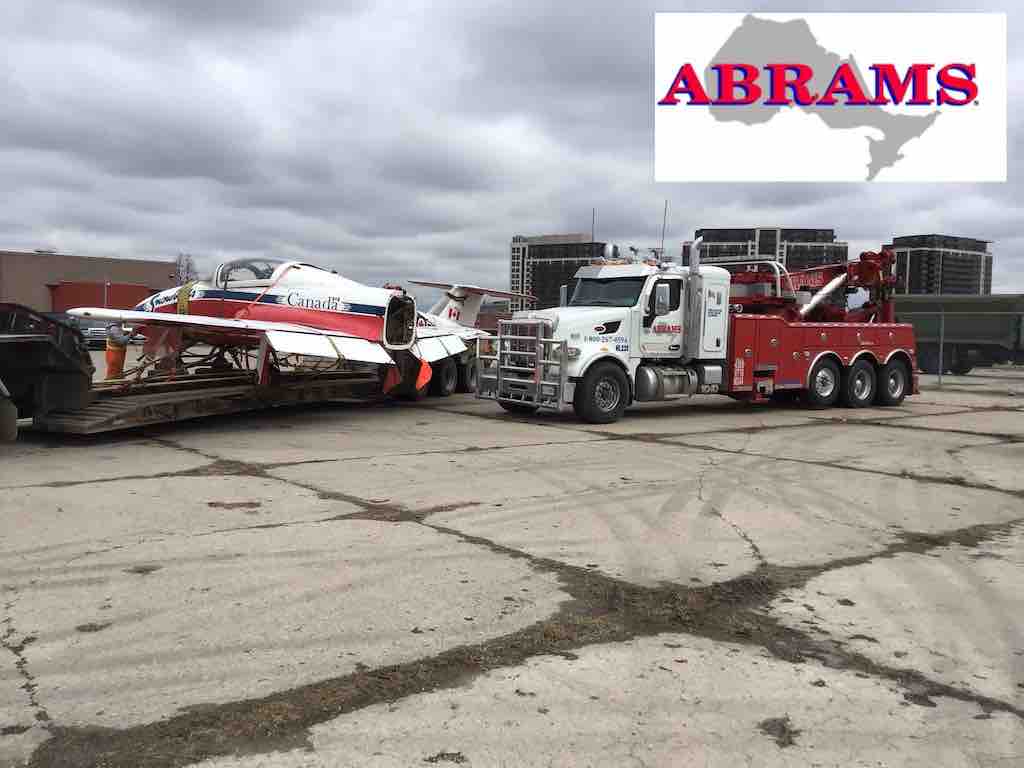 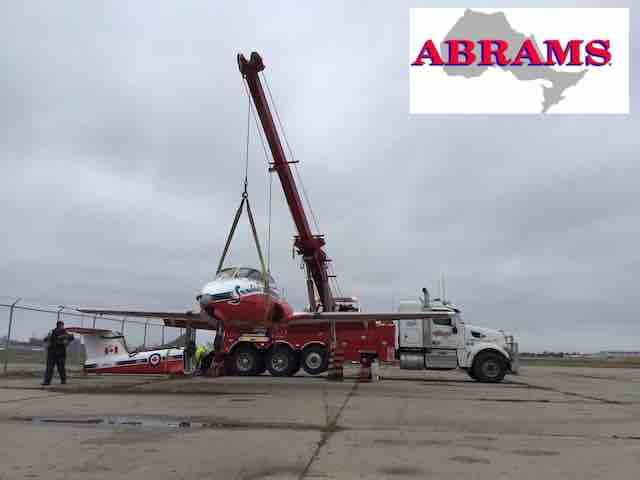 A call came into the Abrams Towing Service Dispatch office.  We were asked to move a retired Snowbird Jet from Downsview Airport to the Edenvale Aircraft Museum, which was 111 kilometer away.  Our heavy duty towing Toronto team showed up along with a heavy equipment moving company. We found the Snowbird intact. Its engine had been removed. Our heavy duty towing Toronto team assessed the situation.  The fighter plane needed to be deconstructed before it was moved. It was too large for the flatbed. The heavy duty towing Toronto team considered removing the wings or the nose. After some discussion those ideas were dismissed. We all decided to remove the tail. The heavy duty towing Toronto team removed over twenty bolts on the tail.  After the bolts were removed we then lifted the tail up using a rotator. Prior to removing the bolts, we had hooked up the tail with towing straps and towing chains so it woudn’t fall to the ground. The heavy duty towing Toronto team then carefully lifted the tail up. They placed it onto the flatbed. They tightened everything down so the tail wouldn’t move during transport. Next, the heavy duty towing Toronto Team hooked up towing chains and towing straps onto the fighter jet. They then lifted the fighter plane up. They pivoted to the flatbed. They set it down next to the tail.  They then used towing straps and towing chains to attach the fighter jet. The team then started the drive from Downsview to the Edenvale. From the Downsview Airport they turned onto ON-401 from Beffort Rd and Dufferin St. The drove on ON-401 for 2.1 km. Next they followed it to ON-400 to Dunlop St West. They stayed on ON-400 for 81km. When they arrived at exit 96B near Barrie they exited took Wilson Dr/County Rd 53 and ON-26 W to the final destination in Clearview. This part of the drive was 27.5 km. Finally they arrived at Edenvale Aerodrome.