MINI Cooper towed after being Dragged by Dump Truck

Imagine getting pushed by a dump truck for half a kilometer on a roadway. This nightmarish scenario sounds like something out of a horror movie, but its what Courtenay Erhardt experienced on her way to work. The 26-year old Toronto nurse was attempting to merge onto the Jarvis street ramp onto the Gardiner Expressway, when the dump truck hit her red MINI Cooper from behind and dragged her car up the ramp and onto the highway for half a kilometer.

“I was screaming and crying at the same time. Why wasn’t he stopping? I’m thinking, he’s either going to run me over or I’m going to go over the guardrail by the Scotiabank Arena. I’ve never been in an accident before,” she told the Toronto Star in an interview. What’s truly scary is her front driver-side window was directly in contact with the grille of the dump truck, so her body was literally just inches away from the dump truck. 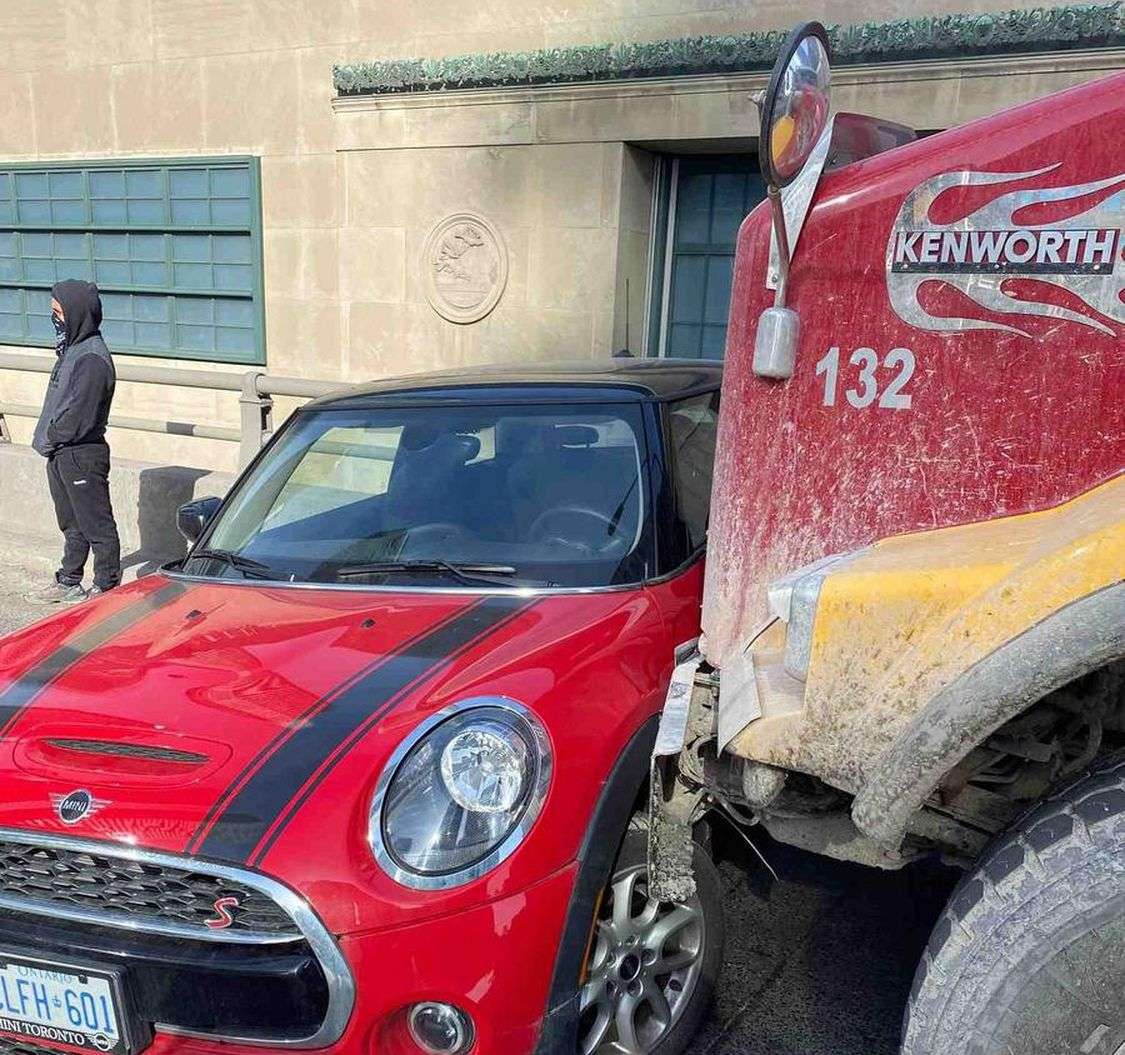 Photos of the Mini Cooper posted to Instagram following the incident show damage to the car. (@courtenayerhardt/Instagram)

Fortunately, a couple who had been following behind the truck saw the incident and pulled up about 50 meters in front of the dump truck, forcing it to stop. Once the truck stopped, they put their hazards on, got out of the car, and made sure Courtenay was alright. The young male truck driver got out of his truck, claimed he didn’t see her, and asked her if he could pay for the damages.

Fortunately, the MINI’s low center of gravity prevented the vehicle from rolling, while Courtenay’s firm grip on the steering wheel prevented the car from being pushed off the highway or onto oncoming traffic. 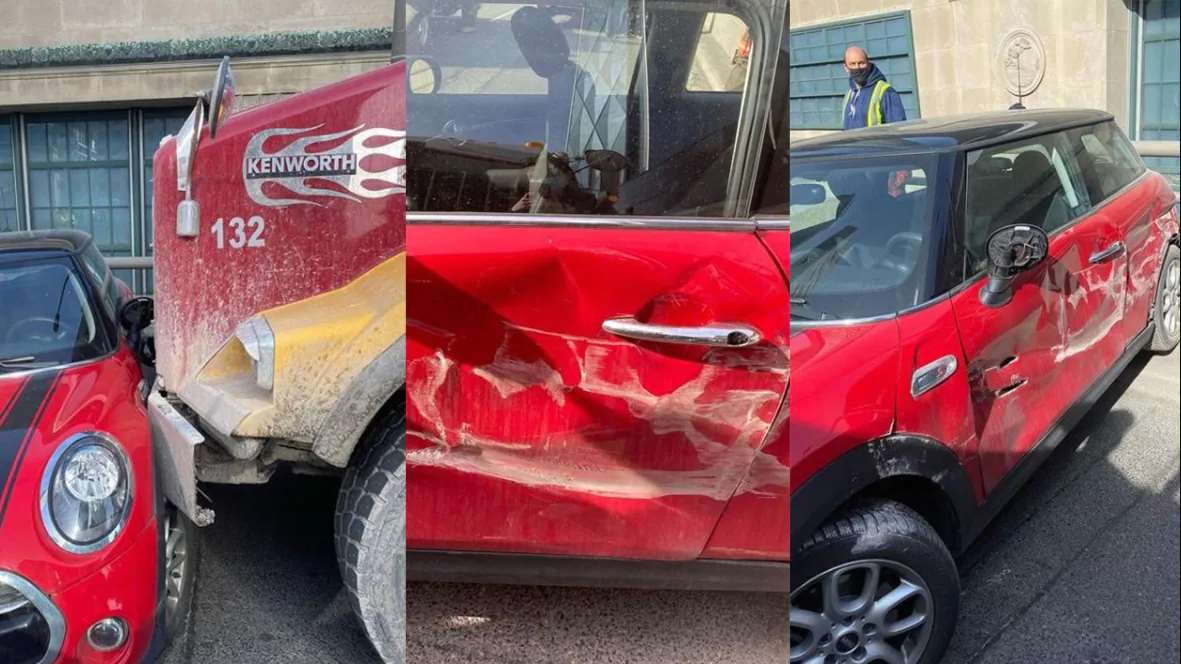 Photos of the Mini Cooper posted to Instagram following the incident show damage to the car. (@courtenayerhardt/Instagram)

The truck driver was eventually charged. It is unclear why he failed to stop. After making contact with the MINI, he should have noticed a lack of power while driving, especially as he was making his way up the ramp. Moreover, he should have noticed some smoke from the MINI’s tires as he was pushing it. As for cause, it might be likely that the MINI merged into the truck’s lane when it was out of the truck driver’s field-of-view.

Car Drivers: When merging in front of a truck, keep at least a 50-meter distance. A truck’s tall bonnet prevents them from seeing objects directly in front of them, which could result in an accident.

Truck Drivers: Pay attention to the vehicles passing you on the left and right. If they are no longer in their lane as they pass you, there is the chance they merged right in front of you.