Some heavy towing was needed to move an old fire truck from a fire house in Coburg to the scrap yard in Port Perry. The machines and community service trucks we use in our communities become part of the family. The Cobourg community asked Abrams to help retire this old beauty a few months ago. We thought it was sad to see an old work horse be retired. And despite the somberness associated with taking her on her last ride, Abrams Heavy Towing wanted to celebrate the contribution she made to the surrounding Cobourg area. We are tipping our hats to this old fire truck and the firemen and women who served on her. 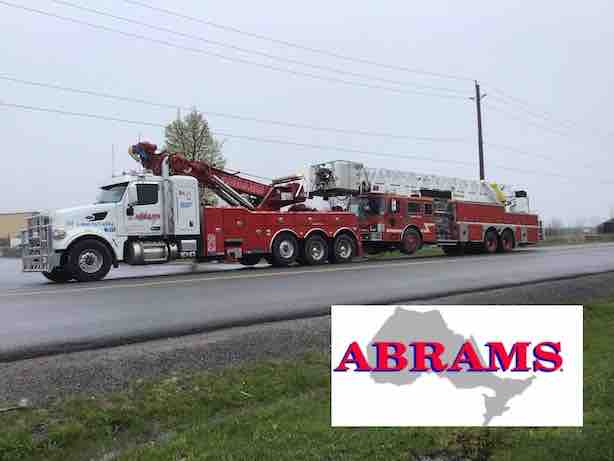 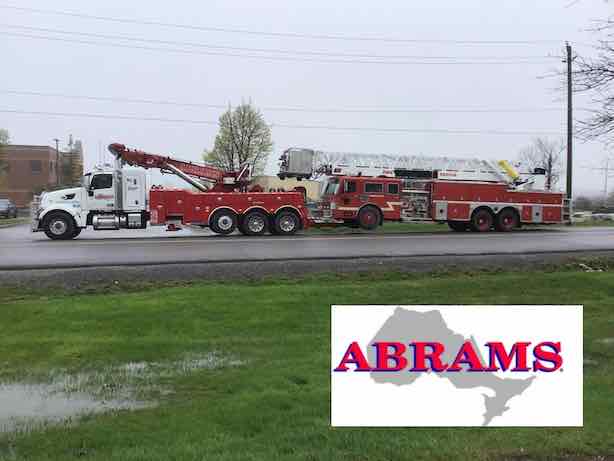 Heavy Towing of Coburg Fire Truck Just Outside of Toronto