Abram’s dispatch center responded to a call requesting the immediate assistance of a heavy tow truck team in Vaughan, Ontario. Approaching the end of his journey, a truck driver had taken a right turn between two buildings. This was a turn he had done numerous times in the past. However, he was not advised that a fence had been erected on the boundary line between the two buildings! Unfortunately, the truck driver did not see the fence as he approached the curve and therefore did not realize the predicament he was driving into.

Halfway through the turn, his loaded semi tractor-trailer became wedged between the fence and the building. Unfortunately, there was no way for him to move the truck without damaging it. He made the wise decision to reach out to Abrams who had a 50 ton wrecker by his side within 15 minutes. Seeing as the tractor trailer was only carrying 15,000 lb of canned goods towards the nose of the trailer, the heavy tow truck team were able to carry out a simple rescue operation.

Keeping the cab and trailer connected, they used the boom to slowly lift the trailer into the air. Once in the air, they moved it 8 feet towards the left. This gave the truck driver ample space to complete his turn and get to his destination. Something tells us that this driver might be changing routes in the future!

With a fast response time and efficient professional service, the Abrams team did an incredible job! Keep up the good work! 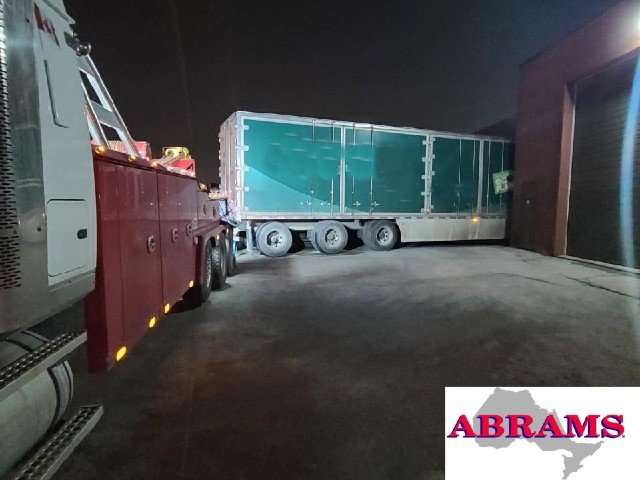 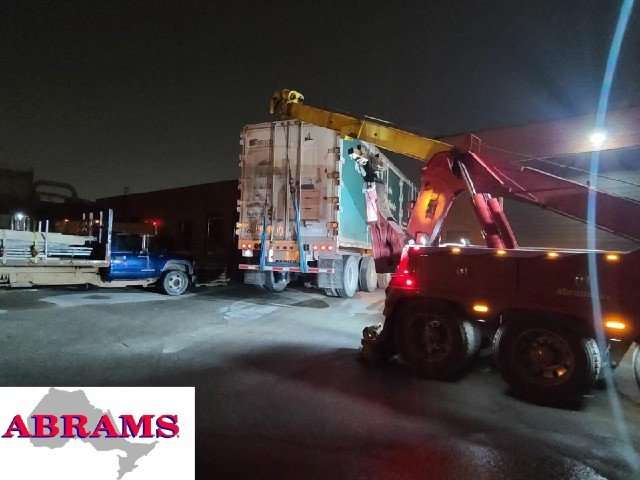 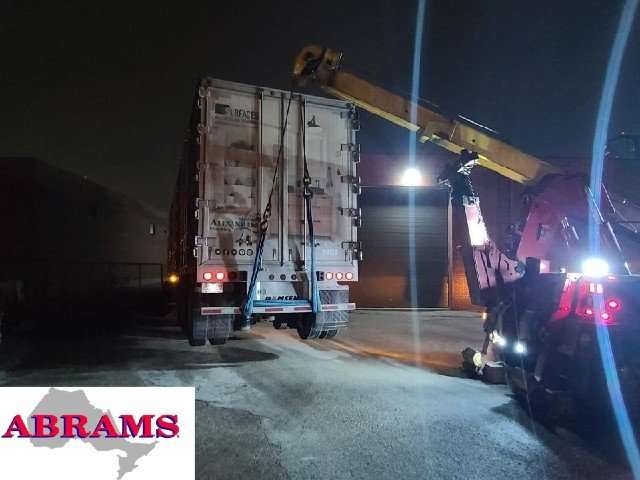 The heavy tow truck team assessed the situation. The tractor-trailer was making a right turn when it got stuck between a fence and the building. The tractor-trailer driver did not have enough clearance space to make the turn due to a newly installed fence. The heavy tow truck team noted that the trailer was loaded with 15,000 lb of canned goods, mostly in the nose of the trailer.