Aston Martin makes one of the most beautiful cars out on the road. Their low profile and wide body makes them stand out like gems on the road. With their six-figure price tag, they are out of reach for most people. And the lucky few that are fortunate to own them treat their British-bred supercars with tender care. The owner of this Aston Martin had just got his vehicle a week back, but had already ran over a nail on the road. Thanks to the Aston Martin’s run flat tires, he was able to drive home safely. However, now he needed to transport it to the dealership so they can repair the vehicle’s super-low profile tire. 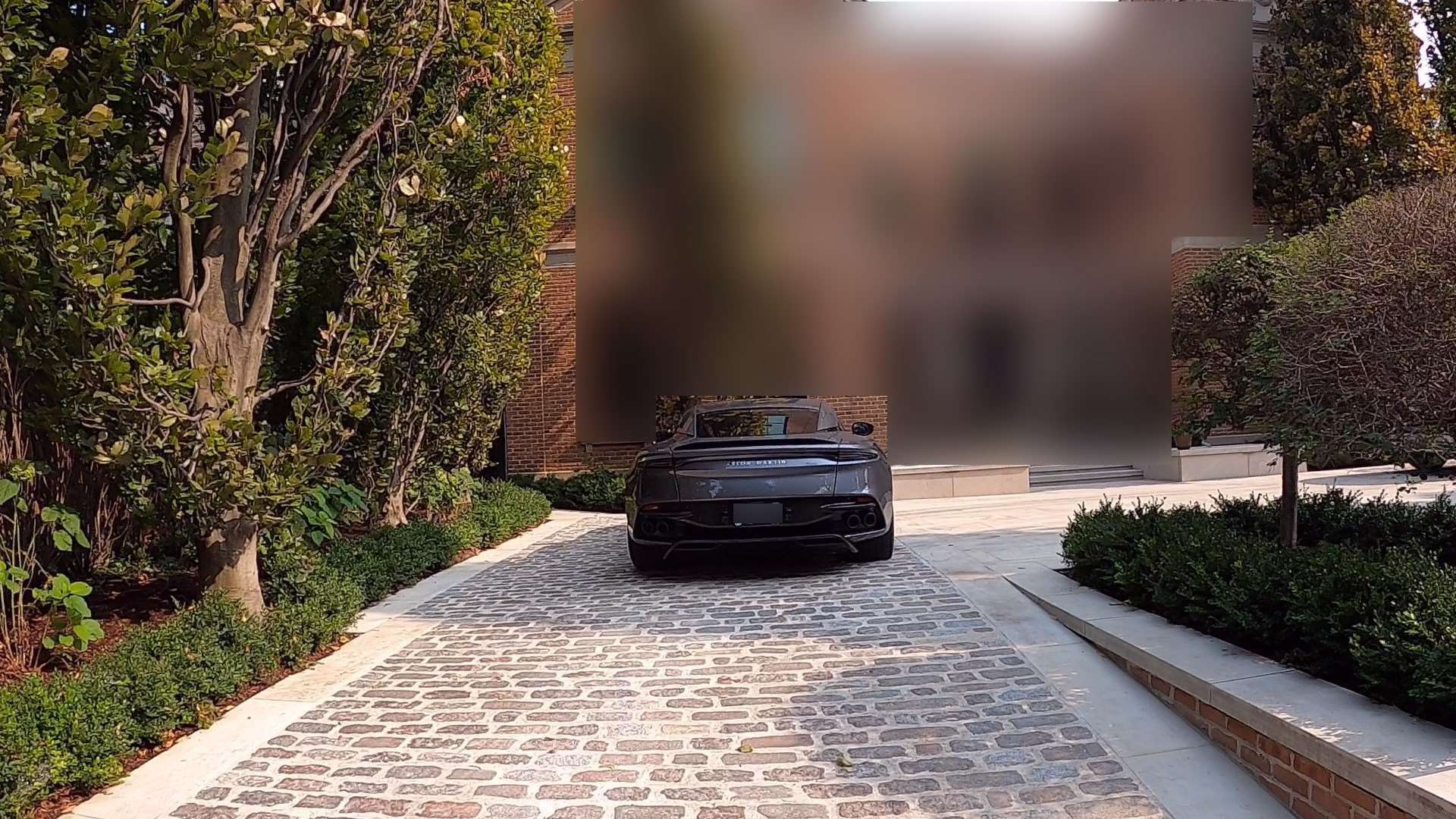 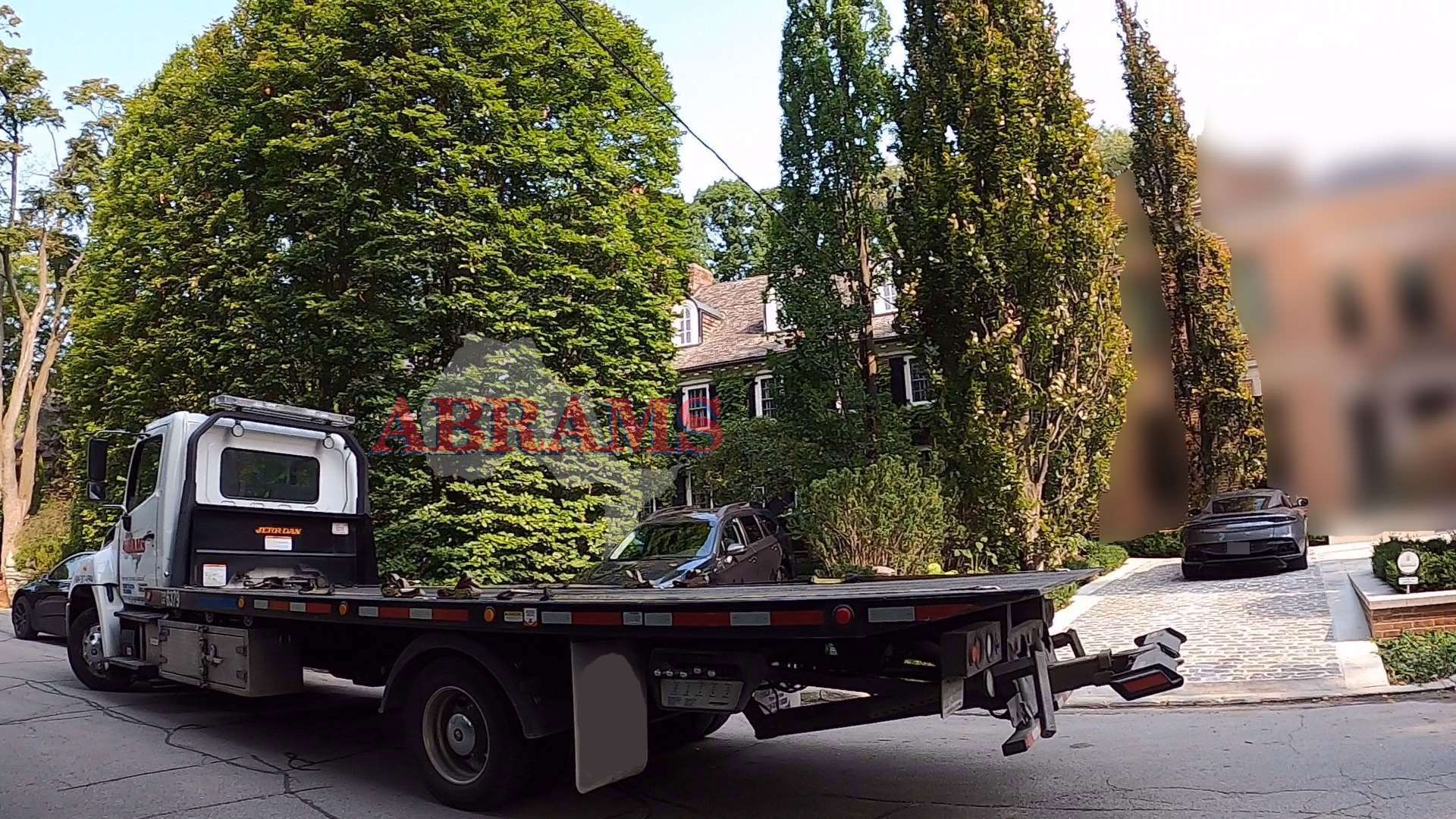 For this job, we sent John Lai to the owner’s house. John has experience towing all kinds of supercars – from Ferraris to Lamborghinis, and everything in between. John drove to the owner’s house in his flatbed tow truck and did a quick visual inspection of the car, which was parked on a cobblestone driveway. Due to the uneven cobblestone surface, John didn’t think it was a good idea to tow the car right off the driveway. Doing so might create scratches. Instead, he suggested having the car pulled out onto the road in preparation for the tow. 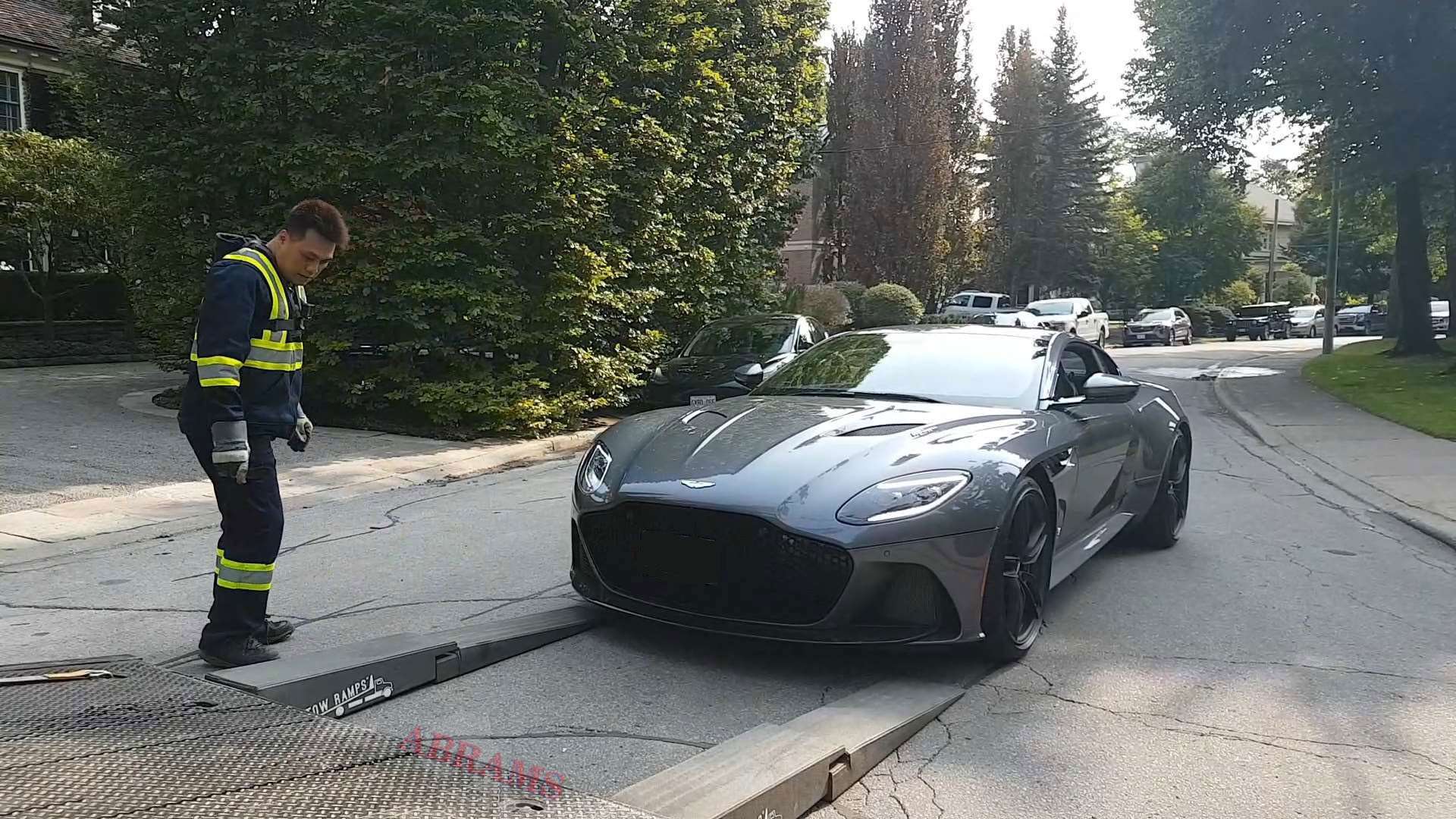 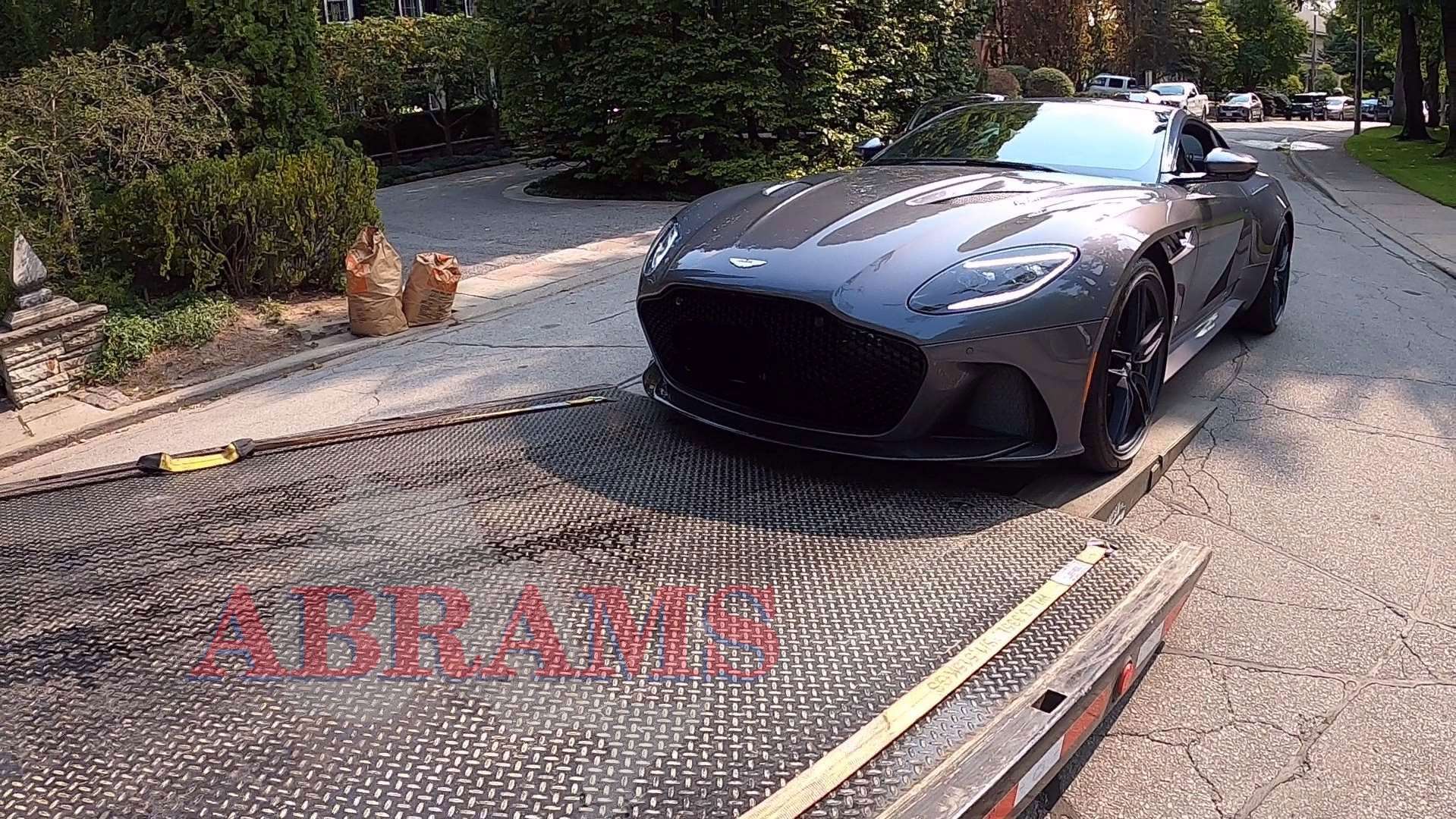 The owner was originally unsure whether that would be a good idea. The fancy neighbourhood had some discerning neighbours, and the owner didn’t want the tow truck to be an inconvenience to neighbours who wanted to get out of their driveway. John said he could pull out a bit further down the road so he’s not blocking anyone’s driveway. The owner agreed.

The owner lined up the Aston Martin behind John’s truck. Because the Aston Martin sits so low to the ground, most tow operators use tow ramps to eliminate the gap between the ground and the tow truck. Tow ramps are long inclining surfaces that allow a car to drive smoothly up the tow truck. Once John layed down the tow ramps behind his truck, he attached a winch cable to the front of the car and winched the car onto his truck. 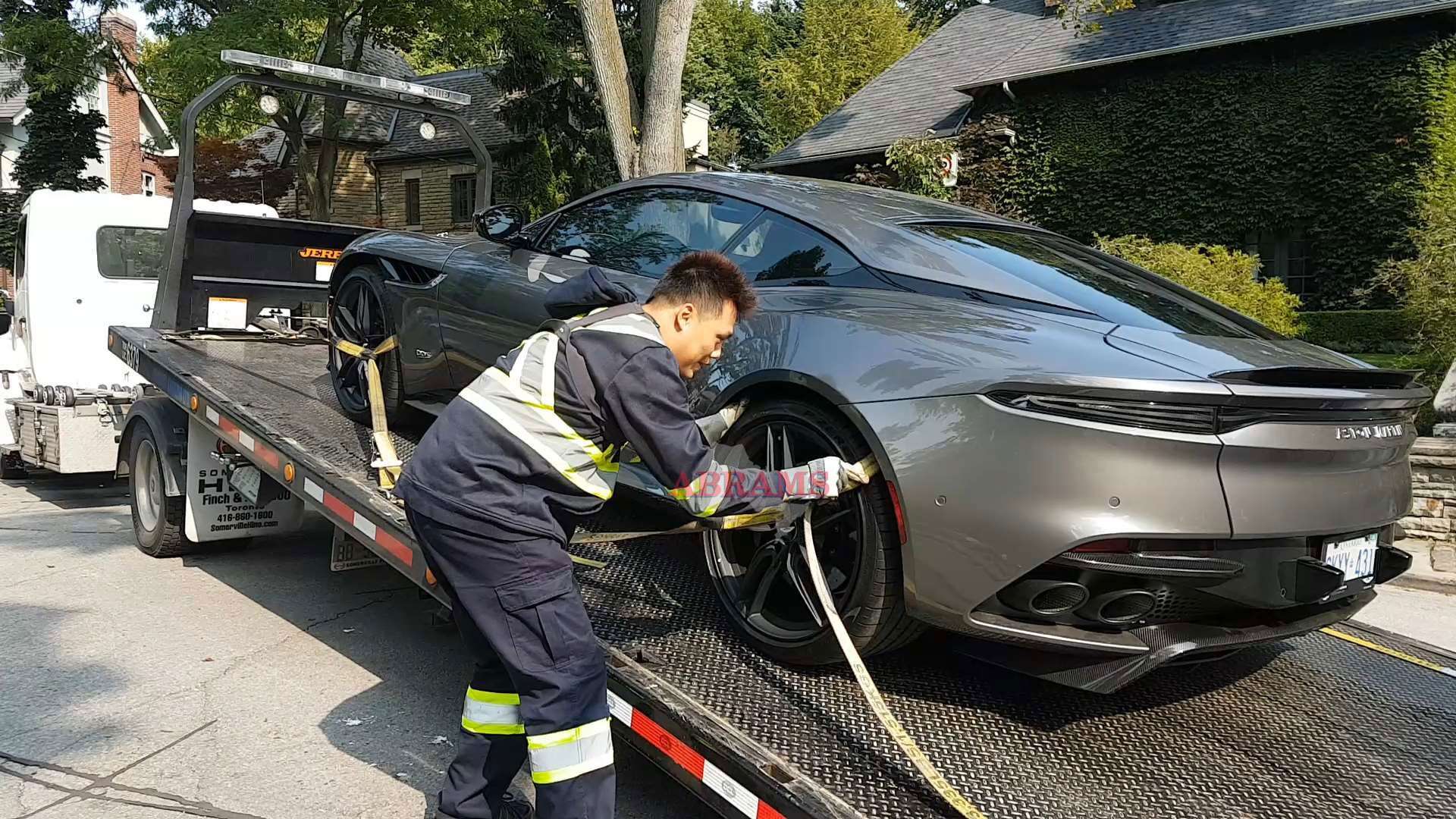 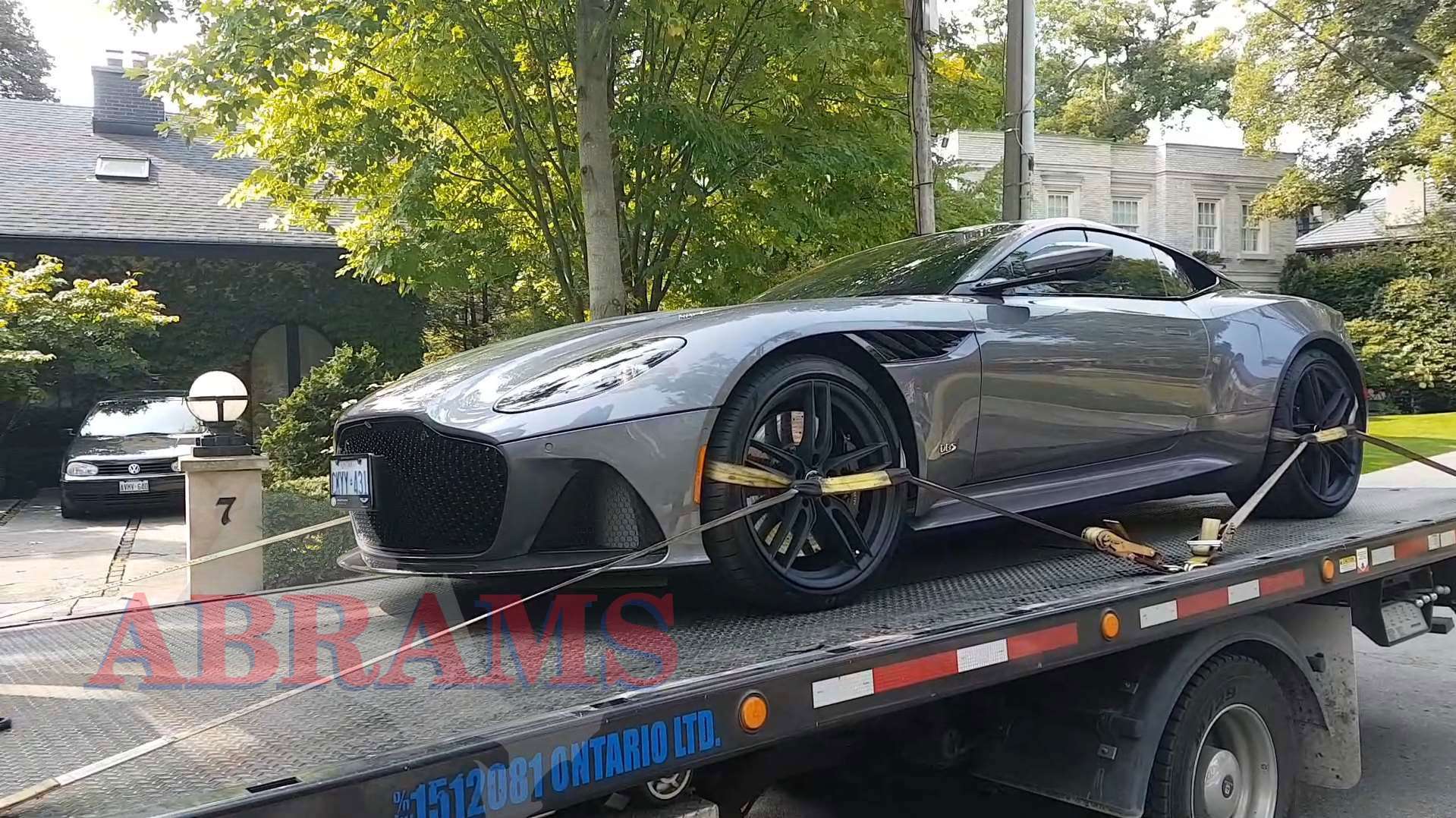 Once the Aston Martin was on top of his tow truck, he secured the wheels using four tow straps – one on each wheel. This ensured the car was not going anywhere during the tow. Once the car was loaded and secured, John put his tow ramps away in preparation for the tow.

The Aston Martin DBS was ready to be hauled to the dealership. It’ll be back soon and road-ready once that tire is fixed! 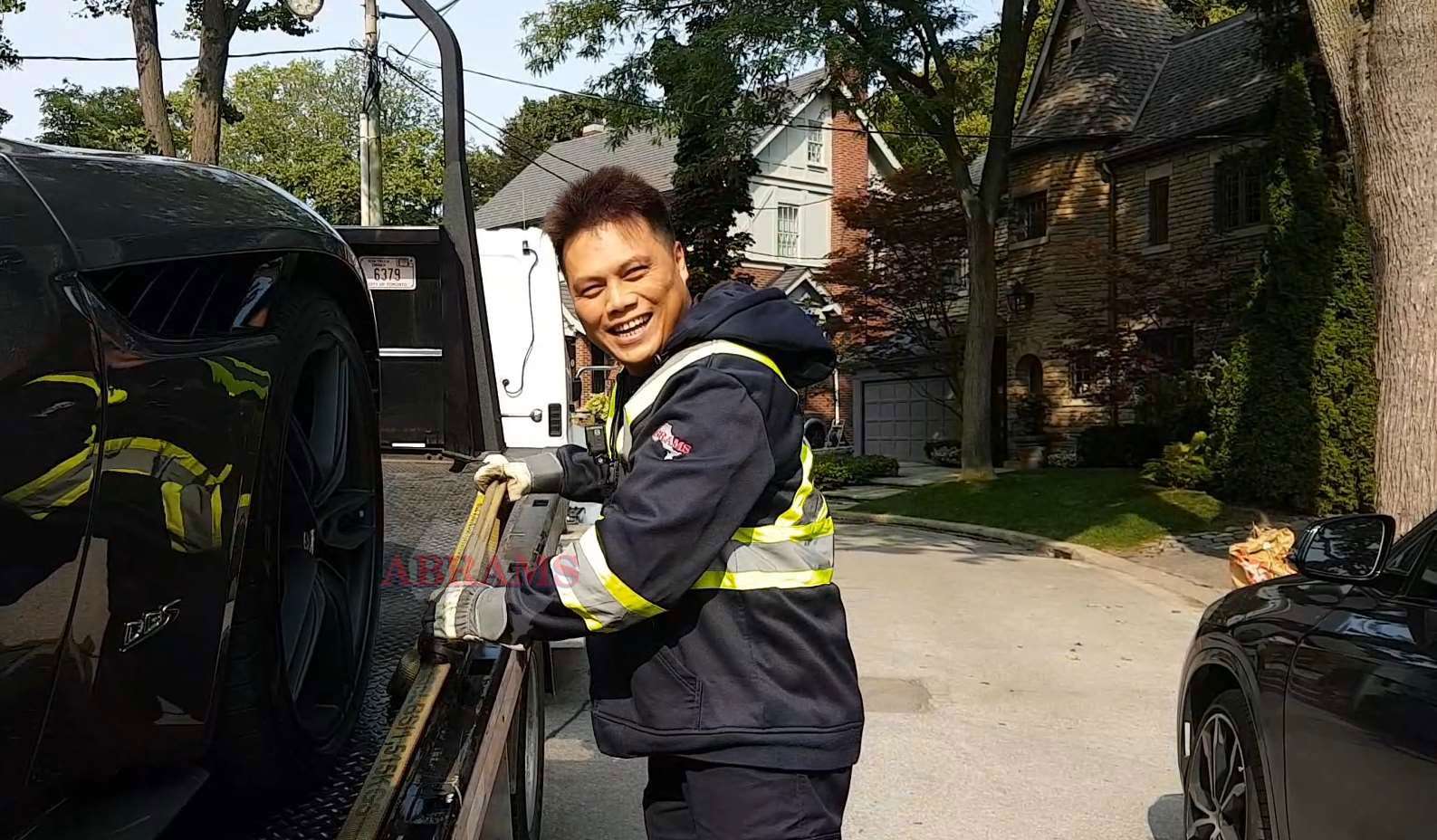 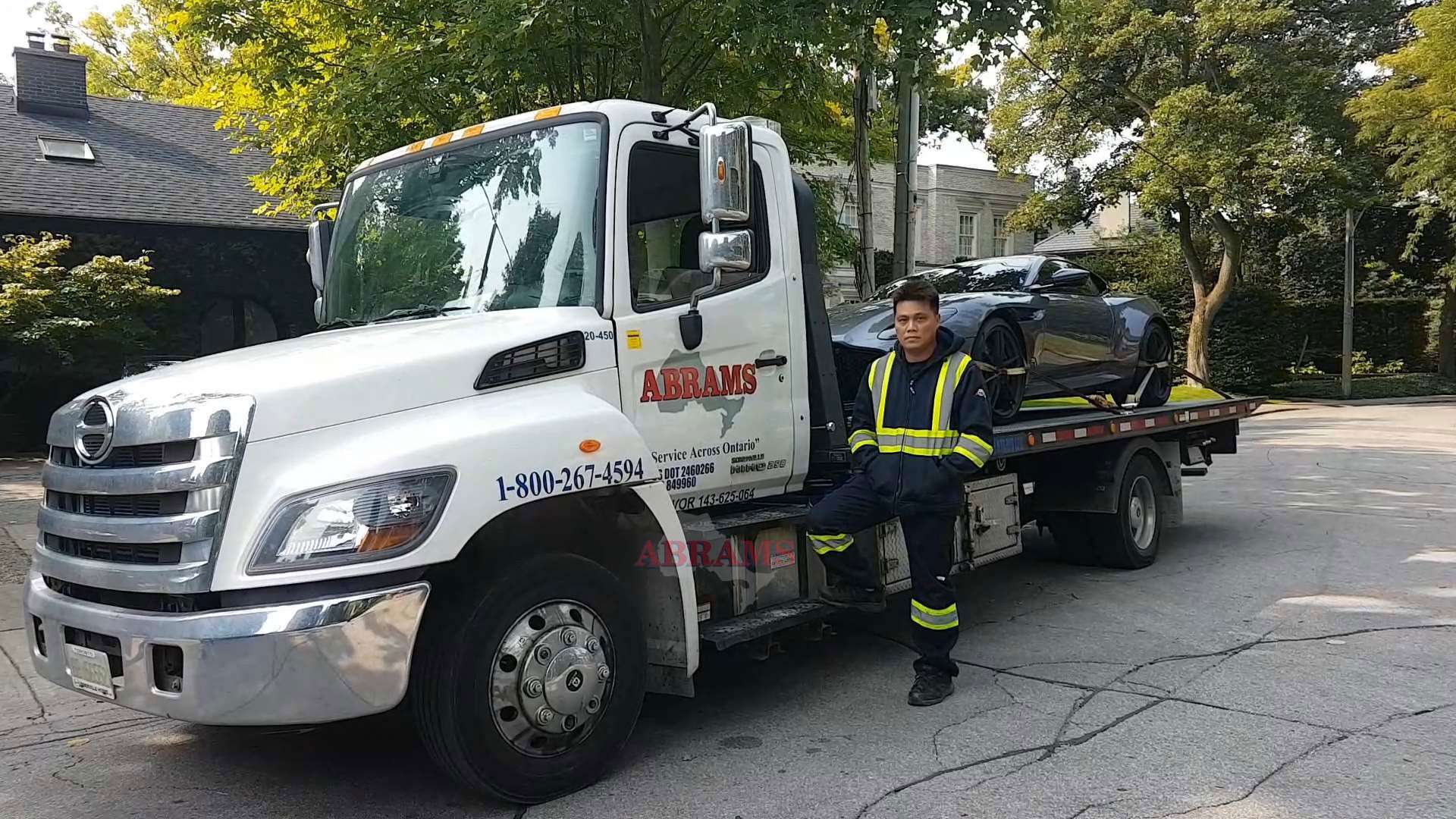 John tows a lot of supercars. Why? Because he is a highly experienced tow operator who treats his customers’ vehicles with the utmost care and respect. He also tows a lot of supercars because Abrams gets a lot of towing calls from supercar owners. So whether you drive a Ferrari, Lamborghini, McLaren, Aston Martin, Rolls Royce, or honestly – anything with wheels, you can trust Abrams Towing to tow your vehicle safely to your desired destination.

As John says to the owner in the video, “This is your baby. When it’s on my deck, it’s my baby.”