Abrams’ received a call from their good friends at Ross’ Services to assist in lifting a propane tank off of a lowboy trailer. The damaged propane tank had made the 140 km journey from London, Ontario, in order to undergo much needed repairs at a tank repair facility in Milton, Ontario. Ross Towing knew that lifting the propane tank from the lowboy would need more than one rotator. That’s where Abrams comes into the picture. Instead of having to drive two heavy wreckers 140 km out of your service area, why not call on someone who already has an incredible heavy towing fleet in Milton?

Ross brought their 75 ton rotator to Milton and requested that Abrams bring their 50 ton rotator. These types of jobs take an immense amount of skill and precision. You wouldn’t want to be around if a strap got loose and a propane tank suddenly went crashing to the ground! With the propane tank properly rigged up with straps and chains, it was time for the heavy towing operators to do the heavy lifting.

Abrams is always happy to lend a helping hand when our neighbors need it! Great job out there to both the Abrams and Ross teams! 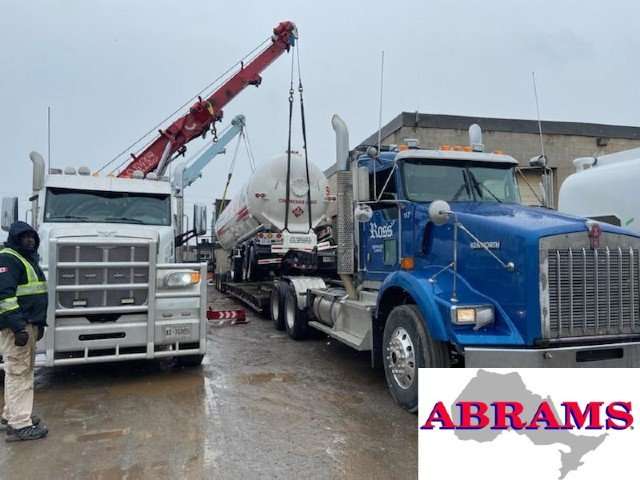 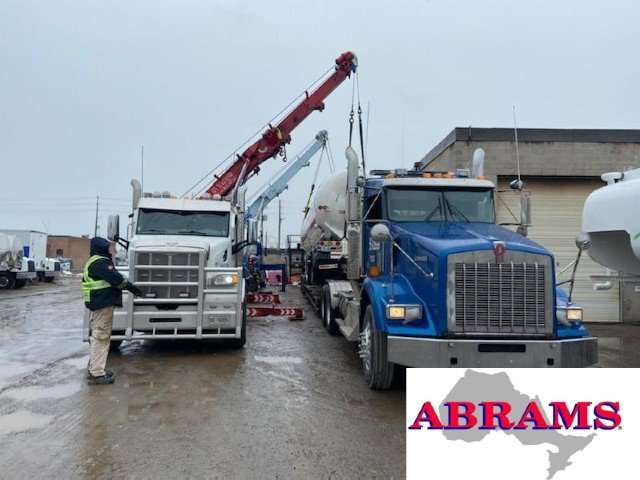